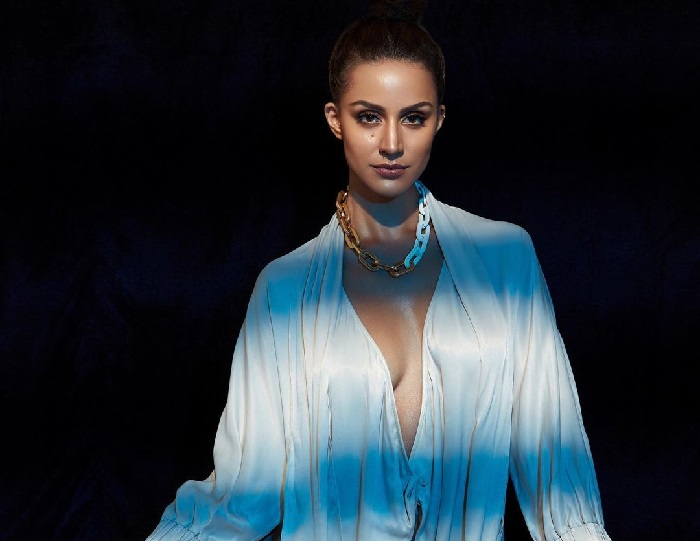 The sizzling Brazilian model turned actress, Larissa Bonesi has been candy to the eye. She started her career back in 2011, in the super hit song “Subah Hone Na De”, starring Akshay Kumar and John Abraham. Larissa’s first Bollywood debut was- “Go Goa Gone” with Saif Ali Khan where she was seen in a supporting role. Larissa has worked in the major hit songs like “Surma Surma” with the sensational singer Guru Randhawa and many other songs like “Yes or No”, “Are You Coming” and “Dim Dim Light”. She even featured in the 2016 Telugu movie “Thikka” and “Next Enti” 2018 Telugu movie.

Actress Larissa Bonesi recently appeared on TEDx Golden Bridge, an independently organized TED event – Talk where she opened up about her journey and self-love. She talks about how she overcame all the challenges that life threw at her by taking them positively and turning them into something beautiful.

She talks about how self-love is important in one’s life. She says that don’t do something to be just accepted by society. Do something because you want to do it. Show everyone the real you and let them accept you for you. She talks about how empathy is something that is needed in today’s time. Show empathy whenever you can because the world needs it. What she learned through her experiences is not to give up on something that you want, however difficult it may be.

She also talks about social media abuse and how people just abuse/judge everyone so quickly even without knowing them or where they came from. In conclusion, be kind to people and spread kindness and love everywhere, whenever possible, and most importantly always love yourself for what you are and accept yourself for who you are.

On the work front, Larissa Bonesi will be seen in the upcoming Netflix web film “Penthouse”, the actress will be seen along with Bobby Deol and Arjun Rampal and “Penthouse” is directed by prominent director Abbas-Mastan. And two more projects ready to be signed and start whenever she is back from her home time with family in Brazil.

Jaitv Feed - July 3, 2020
The coronavirus outbreak in India has had a huge effect on various sectors like oil and gas, automobile, aviation, agriculture, retail, etc. We cannot...

Social Desk - September 30, 2016
Rahul Gandhi is an Indian politician and a member of parliament from Wayanad, Kerala, India in Loksabha. He served as the president of the...

Jaitv Feed - July 26, 2020
The film industry has been vocal about nepotism and so is Siddharth Slathia. Social media has witnessed many actors shedding light on this sensitive...
Facebook Instagram Koo Telegram Twitter
© JaiTV
MORE STORIES