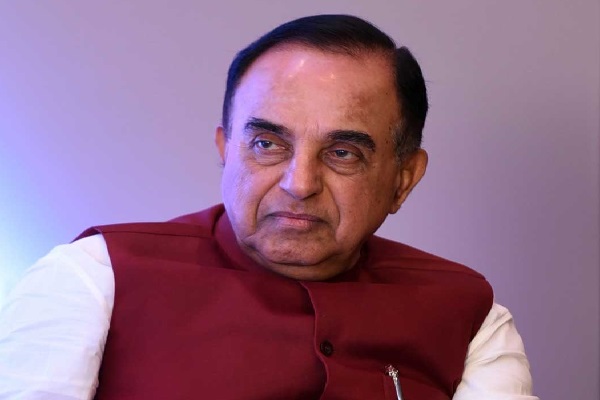 Subramanian Swamy is an Indian Politician and economist, who serves as a Member of Parliament in Rajya Sabha. He is also known as one man army of politics. He has served as a member of the Planning Commission of India and was a Cabinet Minister in the Chandra Shekhar government. He was one of the founding members of Janata Party. He served as the party’s president since its inception in 1990 till 2013 when it got merged with the Bharatiya Janata Party. He was elected to the Lok Sabha five times between 1974 and 1999.

Some Known Facts About Subramanian Swamy :

Jaitv Feed - April 16, 2022
Urvashi Rautela is one of Bollywood's youngest superstars and has always made India proud at every stage of her life. The actress never fails...

Social Desk - August 5, 2022
Richa Chadda is an Indian actress who works in Hindi films. After debuting in a small role in the comedy film Oye Lucky Lucky...

Social Desk - November 9, 2015
Karan Johar is an Indian film director, producer, actor and TV Personality who works in Hindi Films. He is casually alluded to as KJo....

Social Desk - June 4, 2020
Shweta Jha is a renowned Indian Journalist and news anchor. She has more than 16 years of experience in electronic media. She is famous...