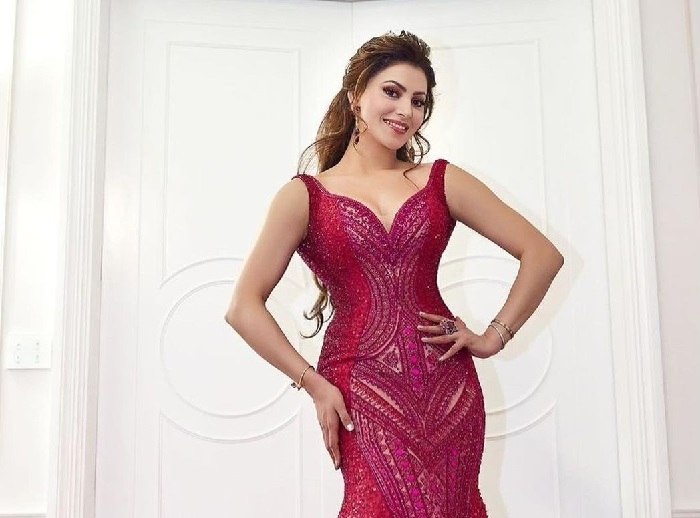 Bollywood superstar Urvashi Rautela never misses a chance to surprise her fans. Urvashi Rautela is recently in a new for her new announcement of her Upcoming “Inspector Avinash” opposite Randeep Hooda. The actress has been making the headlines for her upcoming projects, be it the music video “Ek Ladki Bheegi Bhaagi Si” or her Internation project with Egyptian actor Ramadan Mohamed.

Urvashi Rautela is active on social media and shares insights into her day-to-day life. Urvashi Rautela recently shared a video of her in a shimmering fuchsia pink dress. She has accessorized her look with a pair of dangling earrings, a ring, and a gold bracelet. Urvashi is seen posing in front of the mirror, giving heart-melting expressions. Check out the video here.

On the work front, after receiving a huge amount of love for her recent release “Virgin Bhanupriya”, Urvashi Rautela will be debuting in the Telugu cinema industry with “Black Rose” which is said to be a bilingual thriller that will be released in Hindi & Telugu. The team reportedly shot the project once the lockdown curbs were lifted. Recently the first look of Urvashi Rautela’s Hindi remake of a Tamil film “Thiruttu Payale 2” created a huge buzz. The actress will be also seen in an international project opposite Egyptian superstar Mohamed Ramadan, the announcement for which will be made soon.

Social Desk - April 11, 2020
Alka Lamba is an Indian politician. After serving for more than 20 years, she quit congress party to join the Aam Aadmi Party on...