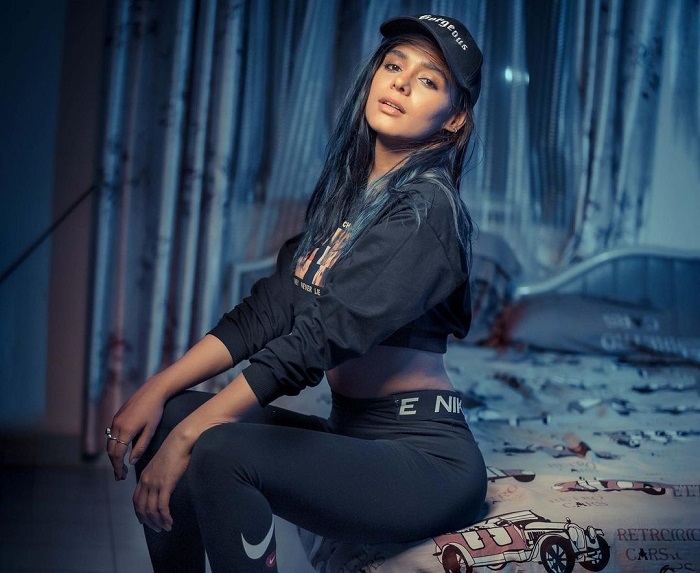 Recently the actress shared a series of pictures in which she was really looking drop-dead gorgeous from her photoshoot.

She also dropped a very outstanding video and where we can see this beauty doing Rifle Shooting, where the actress looks very confident and strong as she aims at the target with her gunpoint. She is really giving us major ‘Dabangg Girl’ vibes.

The actress was wearing casual comfy clothes with Black Denim along with a black top and a comfy denim jacket, which she decided to complete the entire outfit with Military Boots, indeed the actress was looking very confident.

Definitely, we can say that this beauty is a complete bunch of talent as she always has something or the other to amaze the audience with her talents, and now we cant wait to see what’s next does the actress has in her kitty to amaze her fans and make them fall in love with her more

On the work front, Pranati Rai Prakash has also given us some worth watching movies and web series like “Family Of Thakurganj”, “Love Aaj Kal”, “Mannphodganj Ki Binny”, and many more. The actress was recently seen in ALT Balaji’s webseries ‘Cartel’, playing one of the prominent roles. The actress has also been cast in the Netflix web film “Penthouse” directed by Abbas-Mastan in which she will be seen opposite Arjun Rampal.

My father has taught us to Be Bold, Be Strong and Be Positive always, Says Actress Jyoti Saxena