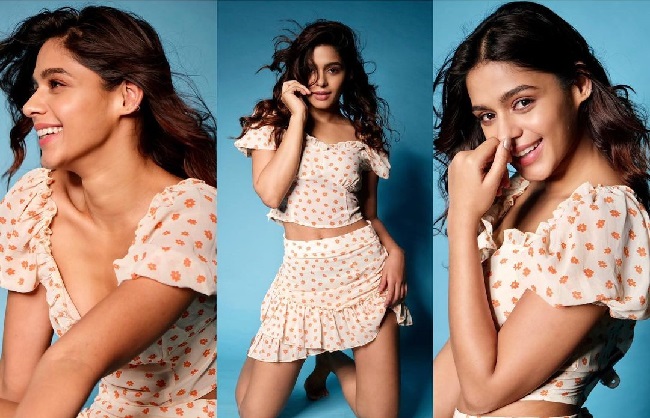 Actress turn Singer Pranati Rai Prakash is all set to grove over as her first song as a singer. Pranati Rai Prakash who proved her acting skill in web series like “Manphodganj Ki Binny” and “Love Aaj Kal 2” is making her debut with the romantic song “Tera Muskurana”.

Pranati Rai Prakash said, “My new song  is called ‘Tera Muskurana’. I have composed and sung my part in the music video. I started composing songs when I was 12 years old with a desire to express my emotions that were complex, larger, and beautiful emotions and I wanted to express them better than just write in my journal. It feels great that I’m finally singing my composition for people to hear. I’m nervous, excited, and content”.

Actress Pranati Rai Prakash further added, ” I think singing is a great form of expression and the opportunity just came my way. I was asked to compose the Antara of the song and I did that and everyone really liked it and wanted me to sing it. So here it goes. I used to sing a lot in school and have been composing songs since teenage.

The song is sung, written, and composed by actress and debutant singer Pranati Rai Prakash and Rishabh Tiwari, under the banner of “Toabh Music”.

On a work front, Pranati Rai Prakash is all set to be featured in the upcoming Alt Balaji series “Blackwood” in which the actress is playing the grey character for the first time. Pranati has already finished shooting for her two series that is “Cartel” and “Penthouse”. Actress Pranati gained a huge fan base with her web series “Manphodganj Ki Binny” where she played the lead character.

Jaitv Feed - January 6, 2021
South Superstar Seerat Kapoor made her debut with the Telugu film "Run Raja Run" and after that, there was no looking back. The actress...

Jaitv Feed - July 3, 2020
Sherlyn Chopra is one of the rare actresses who has come ahead and talked about the most unknown controversies no one would ever utter...

Social Desk - November 22, 2018
Arnab Goswami is an Indian Journalist and TV news presenter. He is the managing director and Editor-in-chief of the news channel Republic TV. He...