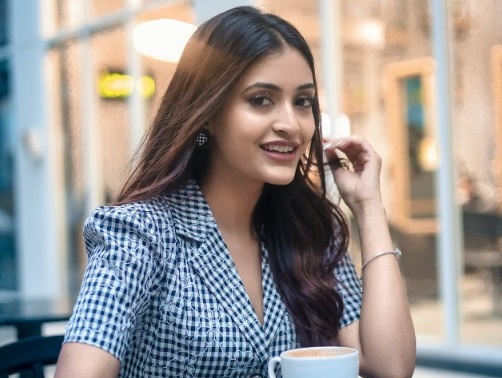 Since music surely calms our brains, it always plays a crucial role in our lives. When music contains one of our favourite people, we just can’t wait to watch it repeatedly. A tremendously popular actress thanks to her social media and television appearances, Akriti Agarwal is stealing hearts with her outstanding performance in Rote Rote Has Dunga. The actress, who had a long-running role in the television show Choti Sardani, couldn’t wait to wow her admirers with her abilities. As a result, she began to feature in music videos, one of which is her most recent single, Rote Rote Has Dunga.

A lovely, swoon-worthy love story about two people who are smitten with one another is found in Rote Rote Has Dunga. The girl is fighting cancer, the deadliest sickness, just to survive. During those final days of her life, her boyfriend lovingly spoils her in order to make her feel as good as possible. On sharing her excitement. Akriti said, “I really loved the song, and the idea behind it reminds us of the value of the people in our lives and the worry that we might lose them to a disease.” Working with the entire team has been a lovely experience. We recorded the song in a hilly area with lovely sights of the realm of intense love. The love we are receiving for this song is quite amazing, especially considering that we have given our audience our very best as the melody to this is given by Yaseer Desai. I’m glad that the audience enjoyed my and Deepak’s chemistry, and I hope that they will continue to embrace the song by making trending reels and turning it into the anthem of modern love.”, exclaims the actress.

In the video, Akriti Agarwal has a charming appearance. All of her fans have always adored her on screen. Since she was a young girl, Akriti has loved dancing and being goofy, which inspired her to publish videos on social media. Due to her dedication and passion for creating videos, she was an actress who at first only had a modest fan base. She has a huge army of 1.4 million followers on social media.

Talking more about her work, Akriti has also appeared in several music videos, including Galat Fehmi, Tata Karlene, and Batti Gul, which have received over a million views.

Khatija is dedicated to her craft and she keeps on rehearsing till she gets it right, Abhishekh Banerjee

Khatija is dedicated to her craft and she keeps on rehearsing till she gets it right, Abhishekh Banerjee