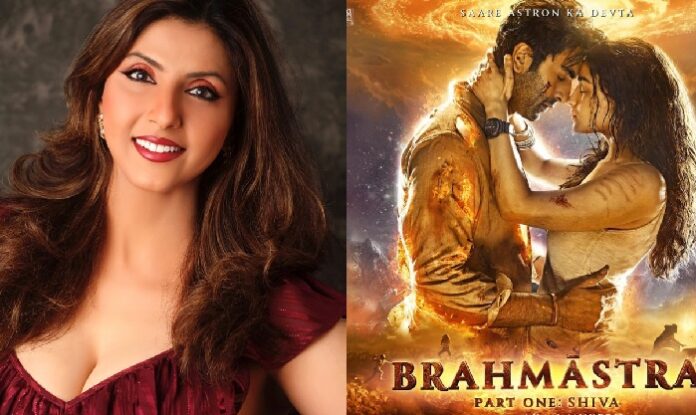 Ayan Mukerji’s universe of “Brahmastra Part One: Shiva,” is loaded with love, light, magic, ancient mysticism, and mythology. The screenplay also features beautiful melodies, powerful VFX, and Ranbir Kapoor and Alia Bhatt’s chemistry. The movie is full of shocks that will make you go, “WOW,” and it includes excellent casting as well as beautiful picturization.

Jyoti Saxena, being a fan of mythology and none other than Shahrukh Khan hit the theaters to watch Brahmastra in all its glory and now is left in awe. The actress went on to say, “The whole cast gave their best performance, Ayan Mukerji utilized every character in the film nicely. Ranbir and Alia’s characters, Shiva and Isha had this easy undeniable chemistry that was spot on.

Undoubtedly one of the best in Indian cinema to date. The plot engages you right from the get go to the thrilling climax. And Shahrukh Khan’s cameo was just the icing on the cake. Everyone went nuts as soon as SRK appeared on the screen. It was truly a magnificent experience. Bollywood has once again lived up to its charm and Brahmastra is the proof. I loved the film. The movie is an absolute game changer for the Bollywood industry.”

We can definetly say that Bollywood never loses its charm. We have now dabbled in a whole new universe of movies. And we can’t wait to see the upcoming parts by Ayan Mukherji.

Jaitv Feed - July 14, 2020
After her Bollywood debut in the film "Family of Thakurganj", Pranati Rai Prakash got the chance to work with one of India’s leading directors, Imtiaz...

Social Desk - June 9, 2017
Deepika Padukone is a popular Indian film actress and model. She gained popularity with films like Om Shanti Om and Bajirao Mastani. She is...

Social Desk - August 20, 2022
Tara Sutaria is an Indian actress and singer, who works mainly in Hindi Film and Television. She started her career as a child artist...