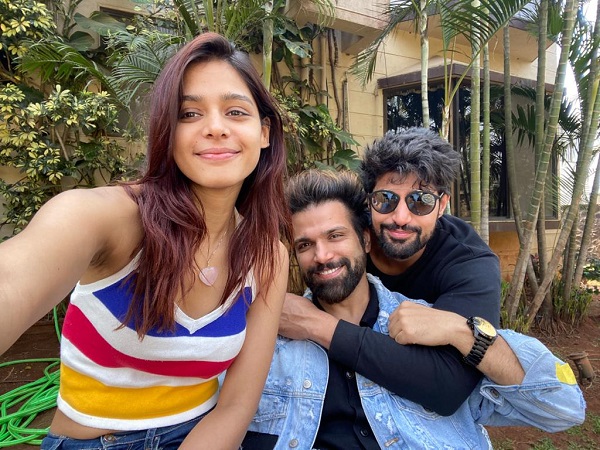 The self-made and adorable artist Pranati Rai Prakash hailing from Patna, Bihar is really active on social media, she just posted pictures of herself with the cast members of “Cartel”. The top model turned actress Pranati Rai Prakash is a surprisingly good actress.

Pranati Rai Prakash set the floor on fire with her performance in “Poison”, “Family Of Thakurganj”, and “Mannphodganj Ki Binny”. Pranati Rai Prakash did an amazing cameo in “Love Aaj Kal”, which was acknowledged afar. Before acting, she was an excellent model, which she still is, no doubts. Pranati Rai Prakash begun her modeling career by winning “India’s Next Top Model Season 2”.

The web series “Cartel” just got wrapped and the cast seems very relieved, which can be seen in Pranati Rai Prakash’s latest Instagram post. Pranati Rai Prakash uploaded some pictures of her along with Rithvik Dhanjani, Tanuj Virwani, Jitendra Joshi, who will be seen working with her in Cartel.

It seems the entire cast had gathered for a fun photoshoot after the wrap.  Everyone in the pictures looks very happy and awaits the release of “Cartel” just like us. We will also get to see the veteran actress Supriya Pathak, who is known for her awe-inspiring role in movies like “Goliyon Ki Raasleela Ram-Leela” and “Love per Square Foot”.

On the work front, Pranati is going to be seen next in a music video, in which she will be lending her own voice. She also uploaded a picture with Arjun Rampal with no further description or details keeping her fans in mystery.

Social Desk - November 9, 2020
Swati Chaturvedi is an Indian Journalist. She worked for various Indian newspapers and channels like The Statesman, The Indian Express, Hindustan Times, The Tribune,...

Jaitv Feed - July 14, 2020
After her Bollywood debut in the film "Family of Thakurganj", Pranati Rai Prakash got the chance to work with one of India’s leading directors, Imtiaz...