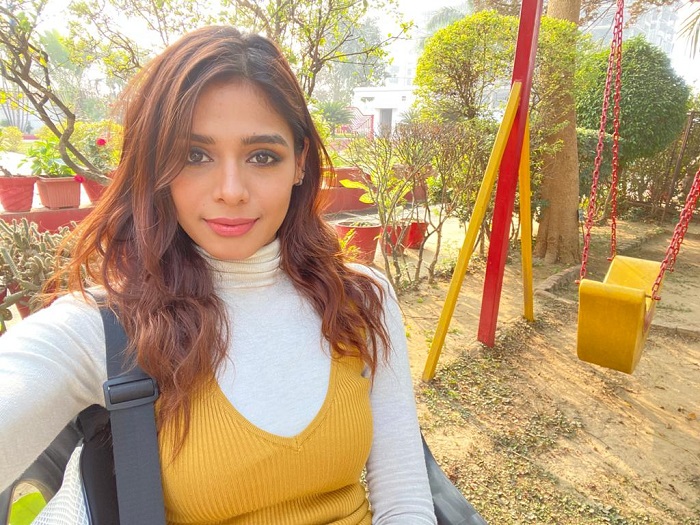 Actress Pranati Rai Prakash who has given many hits on screen with many movies and web series, now having some gala time this new year in Patna with her dad. The actress is always active on social media and has a direct connection with all her fans. Pranati has already kick-started her new year debuting as a singer with the song “Tera Muskurana” under the label of ‘Toabh Music’ releasing soon.

The Love Aaj Kal actress recently went to her hometown Patna to celebrate New Year with her family. In the pictures, Pranati is posing with her dad and swinging on the swing. We can totally make out the bubbly side of the actress having a fun father and daughter time in the beautiful city of Patna. Pranati is also giving us the vibe of her sunkissed pictures. All dressed in turtle neck t-shirts and sweaters. Pranati’s father is an ex-army officer and now a school principal, after visiting Patna the actress loves to visits her dad’s school daily to have lunch with him and spend some good time, isn’t that the cutest?

Actress Pranati Rai Prakash touched many hearts with the story of a small-town girl with big dreams in the web series “Mannphodganj Ki Binny”. where she has her own fan base! The journey she has had from early modeling days has been exceptionally evident, and she is for sure paving her own path in the B town. The actress is now busy in the shoot for the Alt Balaji web series “Cartel” where she will be seen opposite Rithwik Dhanjani and another thriller web film “Penthouse” opposite Arjun Rampal.