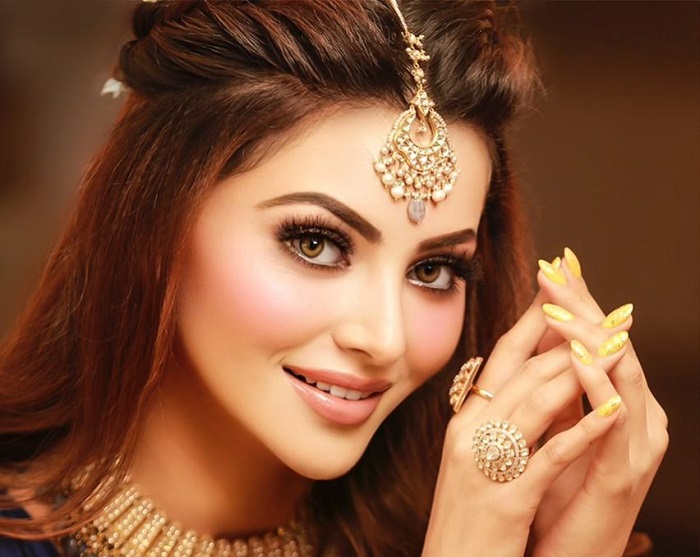 The Bollywood actress Urvashi Rautela shared her new traditional look on  Instagram. She looks great in a red Gujarati Patola Saree and jewellery. Well, her love for Indian culture and Indian Traditional outfits is not hidden from anyone, Urvashi Rautela has always seen donning beautiful sarees. This youngest superstar of Bollywood had already won millions of hearts from her top-notch acting by playing various roles in movies, the actress is highly active on social media and she has created her fan base of 38+ M followers.

Urvashi Rautela recently attended Manoj Kumar’s granddaughter mehndi ceremony. The proficient actor Manoj Kumar has given many box office super hit movies. Wedding bells are ringing for his granddaughter Muskan and recently they celebrated her mehndi ceremony. The actress Was invited on the celebration night, she looks gorgeous in her traditional saree. The actress always makes her fashion statement by coming out of the box with her new look. This red Gujarati Patola saree shows the sign of uniqueness that Urvashi Rautela holds in her and, the jewelry makes a statement that she always shines with her essence.

On the work front, Urvashi Rautela will be making her Tamil debut with a Sci-fi Tamil film in which she will be playing the role of Microbiologist and an IITian, and later she is going to appear in “Black Rose” along with the Hindi remake of “Thirutu Payale 2”. She recently got a great response for her song “Doob Gaye”. Urvashi is starting in a lead role in the Jio Studio web series “ “Inspector Avinash “ which is a biopic based on the true story of Avinash Mishra and Poonam Mishra.