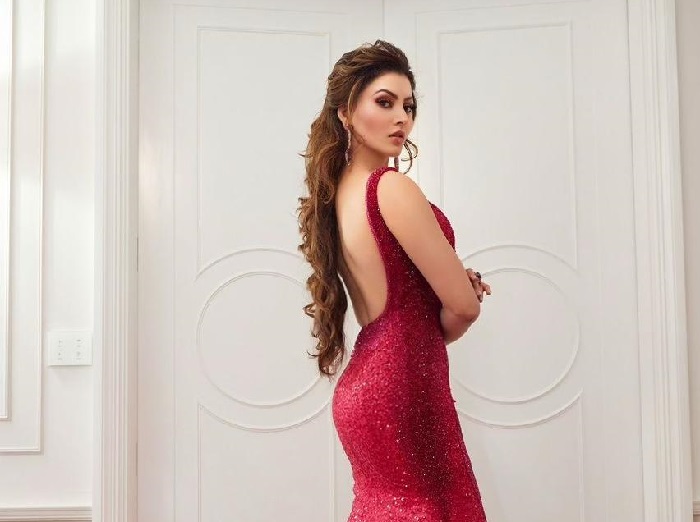 The Bollywood actress and fashionista, Urvashi Rautela has won a lot of hearts through her chic style sense, with her exceptional talent, and fetching beauty, she has set her mark in the B town. Urvashi has always been active on Instagram with her exceptionally stunning pictures.

Her most recent post is of herself dressed in a baggy brown leather jacket by Fendi. She captioned it, People can mistake your peace for not caring, I Love my solitude but I wasn’t meant to be a lover. The actress is also very famous for her thoughtful quotes with prolific pictures.

Talking about the workspace, she was recently seen in a music video titled ‘Woh Chaand Kaha Se Laogi’ opposite television actor Mohsin Khan. Apart from that, she also has another music video titled ‘Teri Load Ve’. In an interview, she admitted that she enjoyed doing music videos. She was last seen in ‘Virgin Bhanupriya’. She will also be seen in ‘Black Rose’, which is said to be a bilingual thriller, and will be released in Hindi and Telugu. The team reportedly shot the project once the lockdown curbs were lifted.

Jaitv Feed - August 18, 2022
It is the name that creates any individual's identity, and that is how they introduce themselves. The great Shakespeare might have said, "What's in...

Social Desk - November 20, 2020
Samyabrata Ray Goswami is an Indian journalist and news producer who is currently the editor and co-owner of Republic Media Network, a news organization...

Jaitv Feed - June 6, 2021
Bollywood’s youngest superstar Urvashi Rautela is a real fashionista and has aces all her styles and loves experimenting with the trends which leaves her...