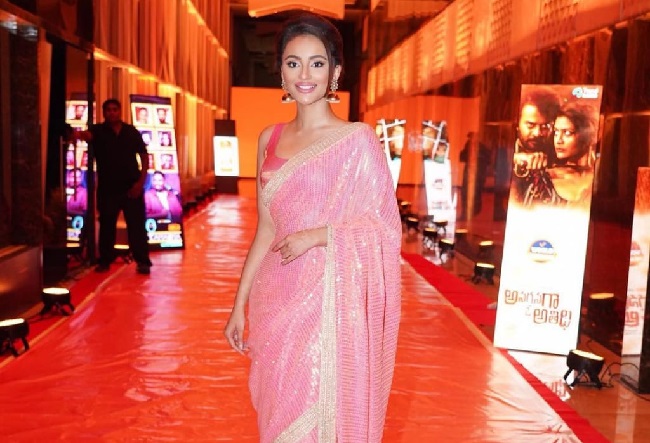 The Tollywood Seerat Kapoor actress is all set to make her Bollywood debut in an upcoming film “Marrichh” alongside the classic actor Naseeruddin Shah and Tushar Kapoor, the film is also said to be produced by the Tushar Kapoor Production.

Recently, Seerat Kapoor posted some pictures on Instagram, in which she is looking breath-taking. The actress is wearing a glimmering pink saree and a sleeveless blouse in a dark pink shade, the entire ensemble is making Seerat Kapoor look gorgeous. Seerat Kapoor has styled the saree with big jhumkaas, which is always a cherry on the top for any traditional outfit. Check out the hot look of Seerat Kapoor here,

On the work front, Seerat Kapoor has delivered a remarkable performance in south films like “Maa Vintha Gadha Vinuma”, “Krishna and His Leela, “Touch Chesi Chudu”, and “Columbus”.

Jaitv Feed - September 11, 2021
Romantic genre films have always ruled at the ticket-windows and have kept the cash-box jingling. Even the actors too featuring in it made their...
Facebook Instagram Koo Telegram Twitter
© JaiTV
MORE STORIES