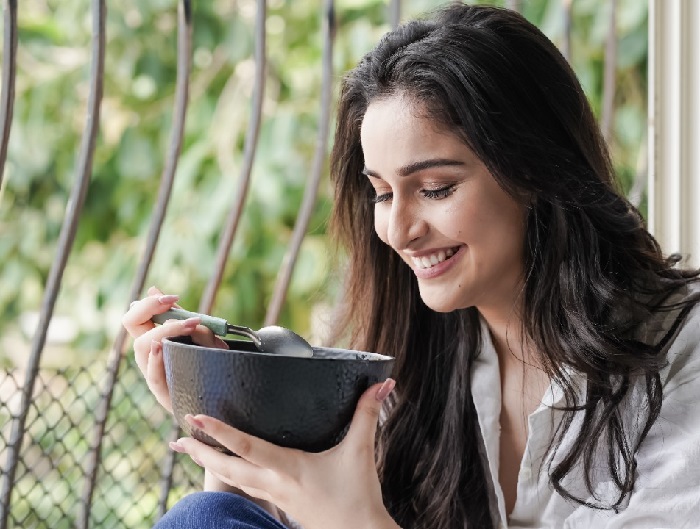 Shikara actress Sadia Khateeb who has won many hearts with her marvelous performance in the role of ‘Shanti Dhar’. The actress hails from Jammu and Kashmir is very active on her social media, she gained a lot of love and appreciation for her dedication towards her work. Here are six rare facts about her life which will get us to know her better.

The actress was studying Electrical Engineering before her debut film “Shikara”. She had done her Engineering at the Government College of Engineering and Technology Jammu.

2) She is obsessed with Beyonce.

The actress who had won the  ‘Dadasaheb Phalke Icon Award’ in the Best Debutant Actress Category is obsessed with the Hollywood Sensation Beyonce. The fact that Sadia Khateeb adores her is not hidden from anyone.

The Actress is an animal lover and she has two cats whose names are Moizah and Salah. She has posted a lot of pictures with her cats on her social media which shows her unconditional love for them.

4) She is not only an actor but also a painter

In addition to being an actor, she is also a talented individual. She loves to paint in her free time on Canvas.

5) Sadia likes to hit the gym

The young and beautiful soul has a great motivation for her fitness and health. She works hard in the gym to maintain her physique.

6) She is a dedicated learner and stayed with Pandits Before the Shoot of “Shikara”.

A few months prior to the shoot, the actress had visited nearly every camp in Jammu. While there, she stayed with Pandits like their family and learned to cook Rogan josh from them, as well as spent evenings listening to their stories.

On the work front, Sadia Khateeb will be seen in ‘Raksha Bandhan’ alongside Akshay Kumar playing the role of his sister. There are many upcoming projects which will be announced soon.

E Desk - October 9, 2021
An educational app Byju's that has Shah Rukh Khan as its brand ambassador, has temporarily halted advertisements featuring the Bollywood superstar as his son...

Giorgia Andriani Is A Pataka In This Black Mini Bodycon Dress; Her Sexy Curves...

Jaitv Feed - January 17, 2022
Actress Giorgia Andriani has left no stone unturned when it comes to perfecting black outfits. Giorgia looks like a complete diva as she carries...