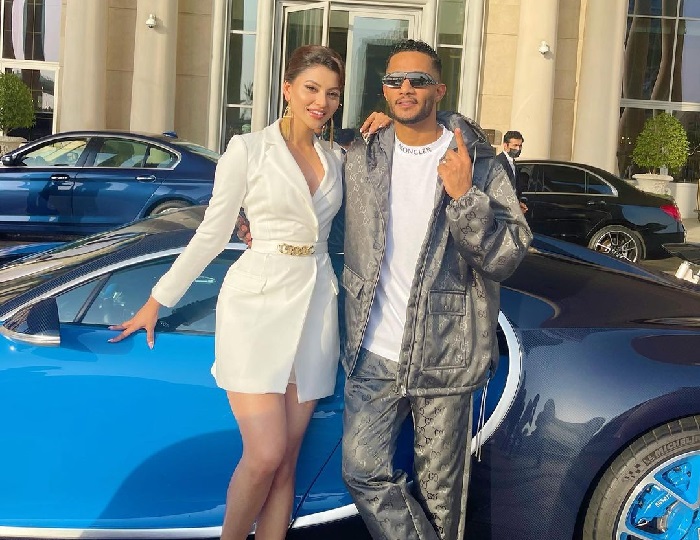 Bollywood youngest superstar Urvashi Rautela is all set to pour her heart out for her fans as she will be performing in a Concert for her successful song “Versace Baby” opposite Egyptian Superstar Mohamed Ramadan. This will be the first concert Urvashi Rautela will be performing after the pandemic. the song is to be estimated this year’s highest budgeting song. The chemistry between the duo has been shining throughout the video. The song has already crossed 20 million-plus views on youtube and is being liked by people on a massive scale.

Urvashi Rautela made the revelation on her Instagram video she posted with Mohamed Ramadan she was seen wearing a white buckled belt blazer dress. The promotion process was paced down a little due to the pandemic but the song is doing really well on various platforms. The actress has shared some cute behind-the-scenes videos on her Instagram page and fans are loving it, totally. Urvashi Rautela will be now seen performing in the concert alongside Mohamed Ramadan, as she revealed in the video, The actress captioned, “PREPPING HARD FOR OUR INTERNATIONAL SHOW CONCERT TOGETHER #VersaceBaby @mohamedramadanws”

Another video that is going viral of Urvashi Rautela meeting Mohamed Ramadan with a blue color Bugatti Chiron.

Social Desk - September 30, 2016
Rahul Gandhi is an Indian politician and a member of parliament from Wayanad, Kerala, India in Loksabha. He served as the president of the...
Facebook Instagram Koo Telegram Twitter
© JaiTV
MORE STORIES