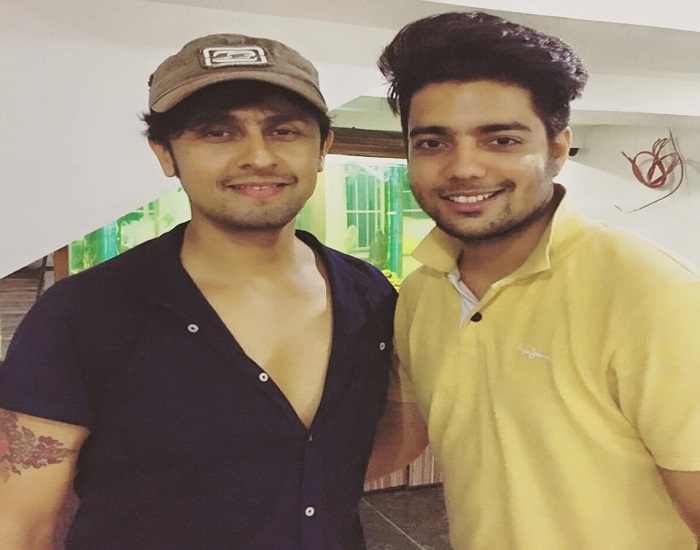 The film industry has been vocal about nepotism and so is Siddharth Slathia. Social media has witnessed many actors shedding light on this sensitive issue. Amid all this, singing sensation Sonu Nigam came forward and praised Siddharth Slathia for his song ‘Bemaayne’ which is sung and composed by him. Bemaayne has now crossed 5 lakh views in 3 days and has been released on all music platforms.

Sonu Nigam Said, “Siddharth slathia is a very talented and down to earth person and he knows music very well, I have seen his videos before. my sister Tisha Nigam has sent me a link which I will upload soon. The issues and topics that he raises are the same that I discussed last month. When I heard his thoughts and saw his videos, I was really sad. Siddhart is such a young talent who is in the industry without anybody’s support. I was also shocked that he has 1.77 followers and maybe more than that on his YouTube, double than me I guess, but still no views, so this is really sad. I hope somebody has a better answer for this.”

On the work front, Siddharth Slathia recently launched his Song ‘Bemaayne’. The song is composed by Siddharth Slathia and presented by Synk Records. Siddharth got famous after singing the cover version of the song Tum Hi Ho in the 10 different styles and 50 songs on 1 Beat. He is one of the most subscribed independent male Youtube singers in India. He received the “Social Media Hero” award in 2016 in Chennai.

Jaitv Feed - March 21, 2022
ZEE5, the undisputed winner of Tamil OTT platforms has always delivered fantastic films and original content across genre and languages over the years. The...

“I was not this cool as a teenager for sure!”, says Rashmi Agdekar on...

Jaitv Feed - July 10, 2021
The young and talented Rashmi Agdekar talks about her playing a teenager's role in the majority of her characters and her resemblance to their...