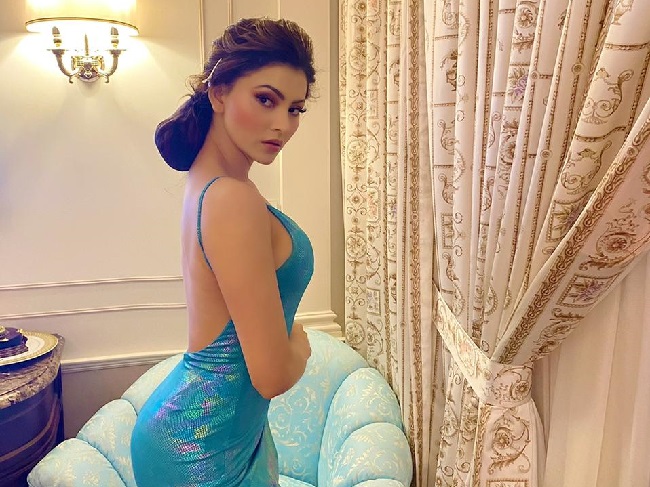 The Bollywood Superstar Urvashi Rautela has no looking back as the actress is surprising her fans with back-to-back exciting projects. Urvashi is currently shooting for her upcoming web series “Inspector Avinash” by Jio studios. The actress has also signed 3 more projects with the banner. The “love dose” fame actress Urvashi Rautela has also featured in several music videos like “Teri Load Ve”, “Wo Chaand Kaha Se Laogi”, “Ek Diamond Da Haar” and many more.

The actress Urvashi Rautela is getting featured in the song “Ek Ladki Bheegi Bhaagi Si” which is the recreation of the 50s song sung by legendary singer Kishore Kumar. Urvashi Rautela will be seen playing the role of legendary actress Madhubala. The actress is all excited for the song to be released. Urvashi Rautela has posted the promo of the song where she is diving in the water swimming in a white outfit. Check out the video here,

She captioned it, ” “Madhubala Ji is a timeless icon and to have the opportunity to be her in the recreation of Ek Ladki Bheegi Bhaagi Si is surreal. The release of this song has been timed just a day after my birthday and it feels like the best gift I could’ve asked for. A big thanks to the makers and the entire team. This song is our tribute to Kishore Da and Madhubala ji. I am very excited for the release of this song.” Ek Ladki Bheegi Bhaagi Si will be available on Saregama’s YouTube channel on the 2nd of March.”

On the work front, Urvashi Rautela will be seen in the upcoming web series “Inspector Avinash” along with the superstar Randeep Hooda, which is being directed by Neerraj Pathak, under the banner of Jio Studios. The actress also has a music video lined up to release with Guru Randhawa. Urvashi Rautela will be seen in the bilingual thriller “Black Rose” and Hindi Remake of Telugu film “Thirutu Payale 2”. Urvashi Rautela is going to work with the Egyptian superstar Mohamed Ramadan for an exciting international song “Versace”.

Social Desk - November 22, 2018
Arnab Goswami is an Indian Journalist and TV news presenter. He is the managing director and Editor-in-chief of the news channel Republic TV. He...