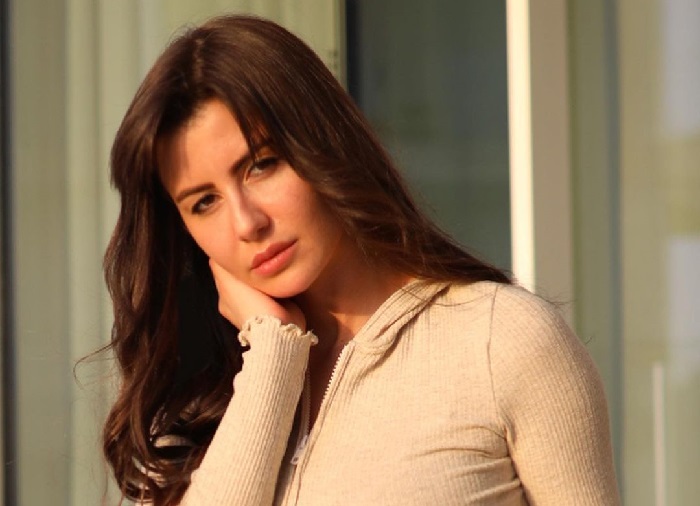 Giorgia Andriani has always made sure to be in the headlines for her cutest videos and her hot poses. The stunning actress Giorgia Andriani has always entertained her fans on social media by posting fun videos which definitely end up leaving a smile on their face. The actress recently uploaded a funny reel on Instagram which is going viral and her fans are mesmerized by her bubbly and charismatic nature as she always interacts with her fans.

Girogia Andriani recently uploaded an adorable funny reel video on her instagram where she is seen acting as a cute referee to resolve a fight over a last slice of Pizza. The actress always makes sure that she always entertains her audience along with that she treats all her househelps as her family. The actress often creates funny reels with all her househelps. In the video we could see that the two househelps are wearing boxing gloves and fighting where giorgia tries to keep them both away, on the other side her other househelp is seen enjoying that fight over blowing money in air, the cutest part of the entire video was where Hugo was seen sitting aside and giving a cute confused reactions.’ Actress captioned this adorable reel ‘ Ultimate fight for the last slice of pizza”.

Giorgia indeed shares a great bond with her househelp and she enjoys a lot to create funny and entertaining content with them.  Just like Giorgia Andriani makes sure to lighten up the mood by making everyone entertained over her small, funny content,  the video has almost crossed over 97.1k views and is still counting.

On the work front, Giorgia Andriani made her debut in the south with the series “Karoline Kamakshi”. The actress Giorgia Andriani was seen with Mika Singh in his music album recreating the evergreen song “Roop Tera Mastana” which got a huge response from the audience, She was also seen in a music video along with Shehbaaz Badesha in ‘Little Star’. She will now soon be seen starring in the film “Welcome To Bajrangpur” alongside Shreyas Talpade. Giorgia Andriani has more exciting upcoming projects that she will be announced soon.