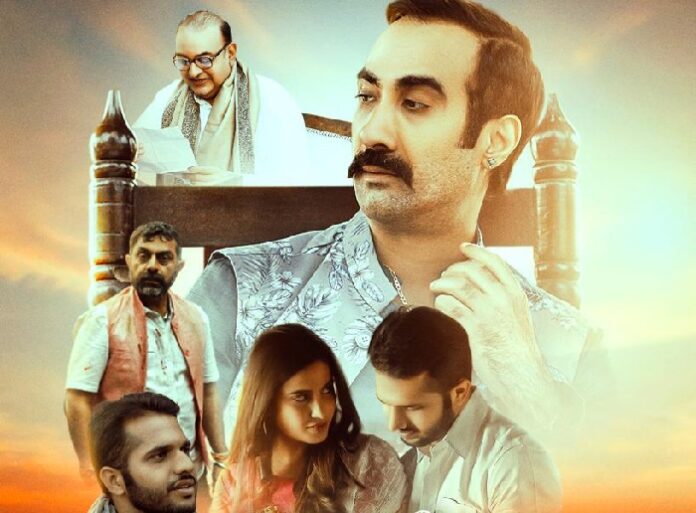 Anil Singh, who is all ready to make his name with his power-packed acting and directing skills, has recently announced his first poster for the upcoming Bollywood film Midday Meeal. After acclaiming massive appreciation for the first poster, the actor took to his social media and announced the official poster of the movie by revealing the entire cast of the film.

Anil Singh just unveiled the poster for his upcoming movie Midday Meeal, which is hard to grasp but is highly amusing and generates a lot of questions in people’s minds. However, the title of the movie makes it apparent, or perhaps it’s because of the poster. “Mid day Meeal” is something that we all used to enjoy in our school days, and then making a movie out of it is a huge thing, For us as viewers to grasp what the movie is going to be about, the filmmakers have unveiled the first official poster for the film. The poster appears to be quite intriguing and enticing.

Anil Singh, an actor and producer, shared the poster for his forthcoming new projects on social media. The poster features the actors Ranvir Shorey, Jahnavi Rao, Bhagwan Tiwari, and Shanawaz Pradhan, as well as other members of the cast. Ashish Athwale and Jhuma Biswas.

As Ranvir Shorey is seen on the poster seated on a chair and sporting an intense expression, which gives the impression that he is a powerful figure.Anil Singh published the poster for the movie “Mid Day Meeal” and said, “I am very happy to disclose the poster and the star cast who will be seen along with the poster, I am very happy that the movie looks kind of promising, the poster turned out very well, and I’m loving the response the way audience is responding to my poster.”

Social Desk - August 23, 2013
Narendra Modi is the first Prime Minister of India who was born in Independent India. In 2014 he led BJP to victory in elections...

Social Desk - November 18, 2020
Sushant Singh Rajput was an Indian actor, model, dancer, and entrepreneur, best known for his work in Hindi Films. He came into the limelight...

Jaitv Feed - July 2, 2021
Bollywood’s beauty Urvashi Rautela recently was awarded the ‘Stree Shakti National Award’ for her achievement in the field of 'Hindi Silver Screen' by the...