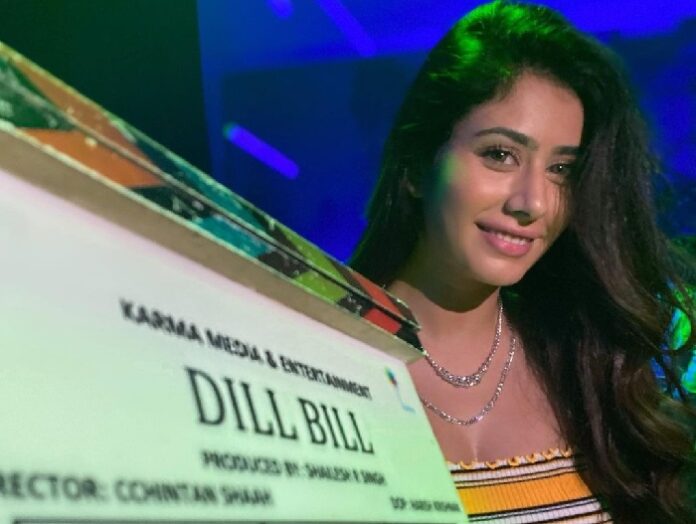 Did you know there are a lot of famous Bollywood actors who worked as background artists before they got their big break? Yes, you read that right. It’s not always easy to make a career in Bollywood and work as a lead character in films. The model-turned-actress, Warina Hussain who has been living and working in Mumbai for a while now actually featured in an ad in 2016 long before her big acting debut.

Warina Hussain made her acting debut with Loveyatri(2018) but she was no stranger to the camera even years before that. The Actress was part of Yami Gautam’s Fair & Lovely ad and had done a tv ad as a background artist in 2016.

With her tireless efforts and dedication, Warina, a true global icon, is making each of her followers proud by spreading her enchantment over the globe. She grabbed everyone’s attention doing SK production ‘Loveyatri’ (2018) along with Aayush Sharma which was a breakthrough part for the actress. Post that, Warina Hussain continued on her path to amaze the audience with feature films like, 99 Songs (2019), The Incomplete Man (2021) and music videos like “Munna Badnaam Hua” from Dabangg 3 (2019) and Badshaah “She Move It Like” (2018).

Warina has indeed come a long way impressing the audiences with her scintillating performances and the critics with her versatility, range and intensity.

On the work front, Warina just wrapped up the shoot of her upcoming comedy film Dil Bill. Apart from that, she is also shooting for one of her upcoming films, about which the official announcement will be done soon.

Social Desk - September 19, 2019
Karishma Kotak is a TV Presenter, Model, actress and host. She has been part of many commercial advertisemsnts and modeling shows. But she earned...

Social Desk - September 25, 2019
Bhaavna Arora is the bestselling author of books, The Deliberate Sinner, Mistress of Honour and Love Bi the Way. She is young in the...

Giorgia Andriani takes us back to memory lane to how people took advantage of...

Jaitv Feed - August 1, 2022
Giorgia Andriani, who is now one of the most loved celebrities in town, has always amazed the audience with her stunning and endeavoring personality....