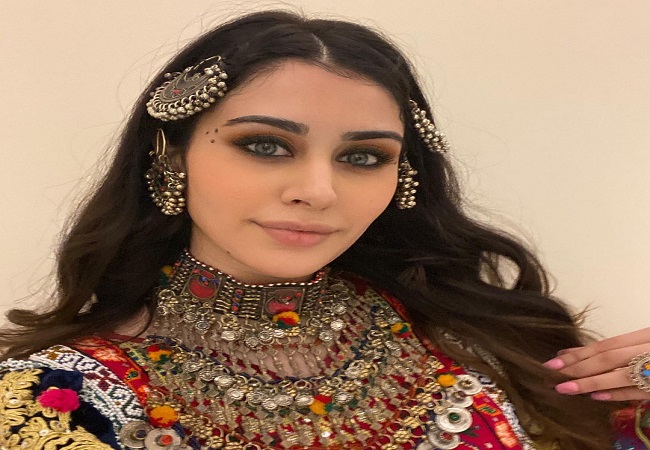 Bollywood’s young and stunning actress, Warina Hussain was invited by the Afghani embassy in Hyderabad for the inauguration of the “Afghanistan Food Festival” which goes on for 10 days. The festival is held as a token of recognition of India and Afghanistan’s bilateral relations which have been enjoyed over the years. Afghan food is known as rich as the use of meat and dry fruits are often combined in dishes together. As it is a cultural festival there will also be, Afghanistan’s handlooms, handicrafts, fashion, and fine arts on display.

Warina Hussain walked down the ramp for the inauguration as a show stopper for the “Afghanistan Food Festival”. The actress looked charismatic on the ramp, twirling in a magenta pink traditional outfit of the Afghans known as Firaq Partug, and matched it with the traditional Afghan Kuchi jewellery. Warina Hussain was also invited on Women’s Day for the meet and greet with the first woman Consul General of Afghanistan Zakia Wardak in Mumbai to share their beliefs on women’s rights.

Warina Hussain debuted in Bollywood with the movie “Loveyatri” in 2018 alongside Aayush Sharma which was a Salman Khan Production, for which she was adored. She later appeared in the movie “Dabangg 3” for the special song “Munna Badnam Hua” with Salman khan. On the work front, Warina Hussain has completed shooting for her film “The Incomplete Man” and will be soon making her debut in the south with a Telugu film along with Kalyan Ram in an NTR production film.