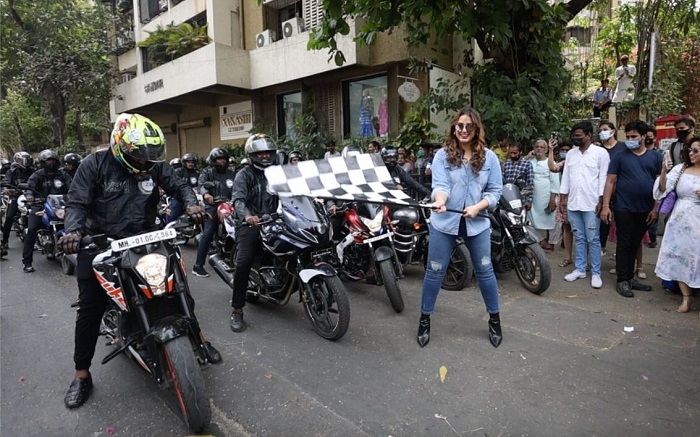 After the theatrical success of Valimai, the film is streaming now on India’s biggest homegrown OTT platform, ZEE5. Starring Ajith and Huma Qureshi, Valimai is helmed by H Vinoth and bankrolled by producer Boney Kapoor under the banner of Bayview Projects LLP.

To mark the action drama’s OTT debut after a successful theatrical release, Huma Qureshi was spotted flagging off a bike rally where supporters of the film came together to celebrate its success.

Valimai follows the story of a cop, whose honesty takes a toll on his family. He is asked to solve a series of crimes committed by a gang of motorbike-borne robbers. The movie played up Ajith’s passion for motorbikes in real life, with the actor performing most of the bike stunts without a body double. The movie is streaming now on ZEE5 in Hindi, Tamil, Telugu and Kannada.

Jaitv Feed - July 2, 2021
The stunning, Sidhika Sharma has dazzled on screen and is all ready to take big steps in the Punjabi Film industry. In her last...

E Desk - October 16, 2021
When she came to Mumbai from hometown Delhi, little did Kriti Sanon know that she would land a lead role opposite Tiger Shroff in...

Jaitv Feed - June 19, 2020
The health benefits of yoga have been well-known to all. From keeping one fit and fine to giving an ever-glowing skin, Yoga has been...
Facebook Instagram Koo Telegram Twitter
© JaiTV
MORE STORIES