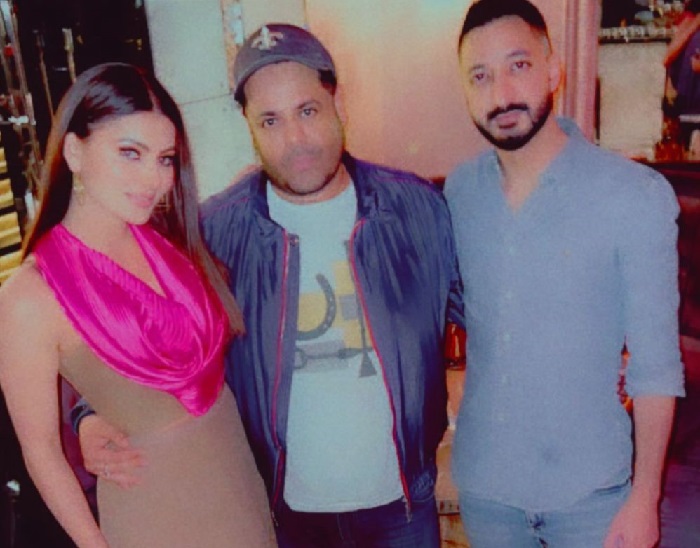 Urvashi Rautela, Bollywood’s youngest celebrity, has earned her place in the industry with her hard work and commitment. Urvashi is one of those individuals who has made India proud of its accomplishments and good acts. This famous actress has always captivated her admirers with her beautiful features and exceptional charm. Urvashi is one of the few Bollywood actresses who has made a name for herself not only in India but also throughout the world. Urvashi Rautela has always been in the spotlight due to her exceptional attitude and charm.

Currently, a picture has been seen making rounds on the internet of actress Urvashi Rautela posing along with Sharad Pawar’s grandson Jay Pawar where Urvashi Rautela becomes the first-ever Indian to perform at Burj Al Arab which is one of the most iconic and prestigious properties.  Sharing this news the actress took on her social media where she was seen practicing for her show. She met Jay Pawar who will also be present at the event where this talented diva will be performing.  Urvashi can be seen wearing a pretty beige dress with a magenta-pink scarf and has paired the look with black and white Jordan sneakers which gives a classy yet sporty look. Urvashi looks alluring as she poses, spreading all smiles with Jay Pawar.

On the work front, Urvashi was last seen judging the Miss Universe Pageant 2021, and also bagged appreciation for her international song ‘Versace Baby’ alongside Arab superstar Mohamed Ramadan. Urvashi will be soon seen in the Jio studios web series ‘Inspector Avinash’ opposite Randeep Hooda in a lead role. The actress is going to play the lead role in a bilingual thriller ‘Black Rose’ along with the Hindi remake of ‘Thiruttu Payale 2’. Urvashi will be making a Tamil debut with ‘The Legend’ opposite Saravana and has also signed a three-film contract with Jio Studios and T-Series.

Jaitv Feed - June 16, 2021
Bollywood’s youngest Superstar Urvashi Rautela has revealed one of the secrets to her beauty. The actress recently posted a photo on her social media...

Social Desk - April 7, 2020
Babita Kumari Phogat is an Indian female freestyle wrestler, television personality and politician. She came into the spotlight after she won a Silver medal...

Social Desk - November 16, 2020
Rakul Preet Singh is an Indian actress and model who mostly works in Telugu, Tamil and Hindi films. In 2011 she participated in Femina...