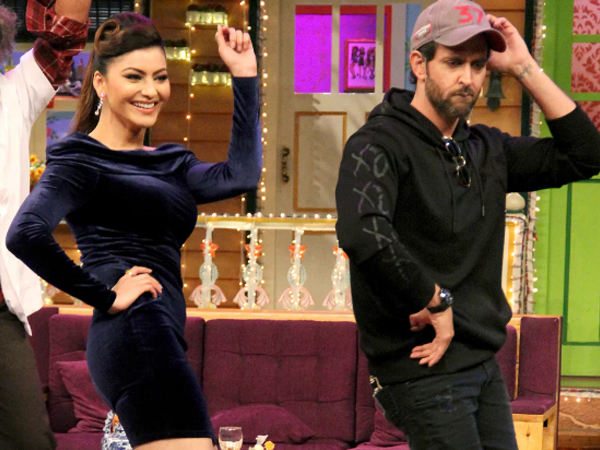 The stunning and gorgeous Urvashi Rautela has been talk of the town for her back to back projects, even in the lockdown, the actress has been busy entertaining her fans with her amazing rom-com “Virgin Bhanupriya” in which Urvashi played the title role of a sweet, shy Bhanupriya.

Currently, the actress is said to be in the cast of Hritik Roshan’s dream project, “Krrish 4”, opposite him. The filmmakers were considering Kriti Sanon and Kiara Advani but sources revealed that Urvashi Rautela has been approached by the filmmakers as they loved her performance in the film “Virgin Bhanupriya” and film song “Saara Jamana Haseeno Ka Diwana” from the film “Kabil”.

Currently, the Father and son duo are in word with Urvashi Rautela for the role in the superhero franchise in search of a fresh romantic lead opposite Hrithik, and the plan is to go all out with this installment of the “Koi Mil Gaya” series. Rakesh Roshan has already finished the scripting and is eager to cast a Gen-Y heroine for his upcoming mega project and we already love the pair that Urvashi and Hrithik make!

On the work front, Urvashi has been working on her first bilingual movie, Mohan Bhardwaj’s Black rose which is based on Shakespeare’s “The Merchant of Venice” in which Urvashi will be seen playing the pivotal role of Shylock!

Jaitv Feed - May 5, 2021
Rashmi Agdekar is one of the most skilled and appreciated actresses in Bollywood as well as the OTT platforms. The actress started out as...

Jaitv Feed - March 21, 2022
Suryaveer, a well-known singer and performer, is an inspirational powerhouse. He shares his feelings of excitement and love for music through his songs. With...

E Desk - October 2, 2021
It's been a month since actor Sidharth Shukla left for his heavenly abode. The entire country was shaken by the news of his death....
Facebook Instagram Koo Telegram Twitter
© JaiTV
MORE STORIES