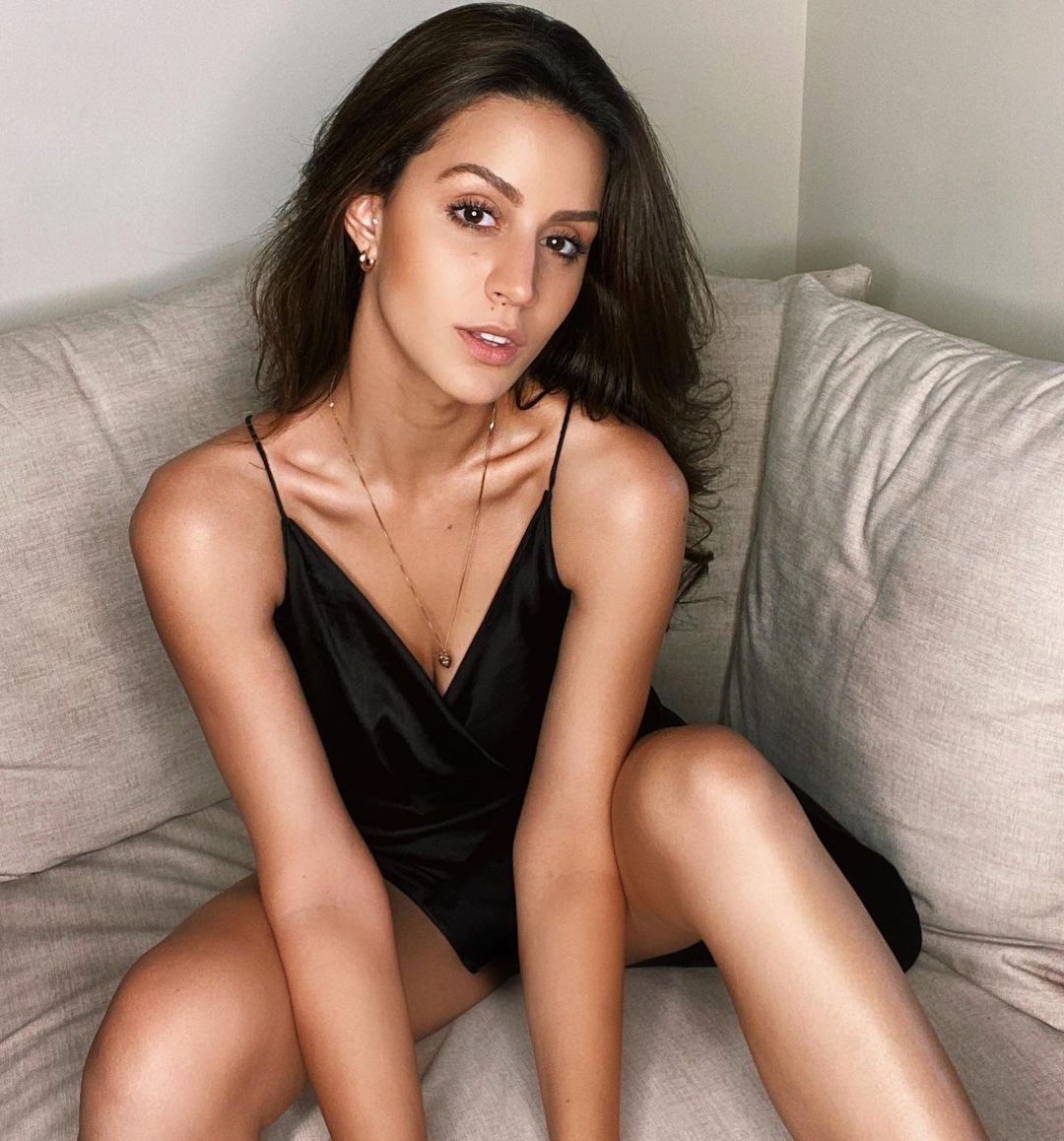 Larissa Bonesi made her Bollywood debut in the movie ‘Go Goa Gone’ and later also appeared in the film ‘Desi Boyz’ for a super amazing song. Larissa Bonesi has worked with Jass Manak and gave us the song ‘Yes Or No’.Next, she was seen with the very talented Tiger Shroff in the song ‘Are You Coming’.She also appeared in another hit with Guru Randhawa named ‘Surma Surma’. Other than movies and songs she regularly works on her body to stay fit and toned.

Check out Larissa Bonesi’s all the black look which will keep you mesmerizing,

Larissa Bonesi in her recent uploaded picture is looking perfect for any moment outing. She preferred simple and elegant styling by wearing a black tee with blue denim pants having broad bottoms styled with a belt and white shoes. The actress just gave us a very cute and bubbly look by wearing this super comfy outfit.

In this post, Larissa Bonesi shared another picture and preferred to look all black. The actress was seen wearing a Black full sleeves net top and black pants.

The supermodel and the graceful actress Larissa Bonesi can pull off any outfit in this recent post she is seen slaying short black satin V- neck body con dress. We can see her carrying this dress gracefully and she looks so confident.

On the work front, Larissa Bonesi has worked with Salman Khan on some big projects. The actress did amazing work in her Telugu movie named  ‘Thikka’. Larissa will soon start shooting her upcoming Bollywood movie which she will be announcing soon.

Karan Aanand shared his experience moving in his new apartment