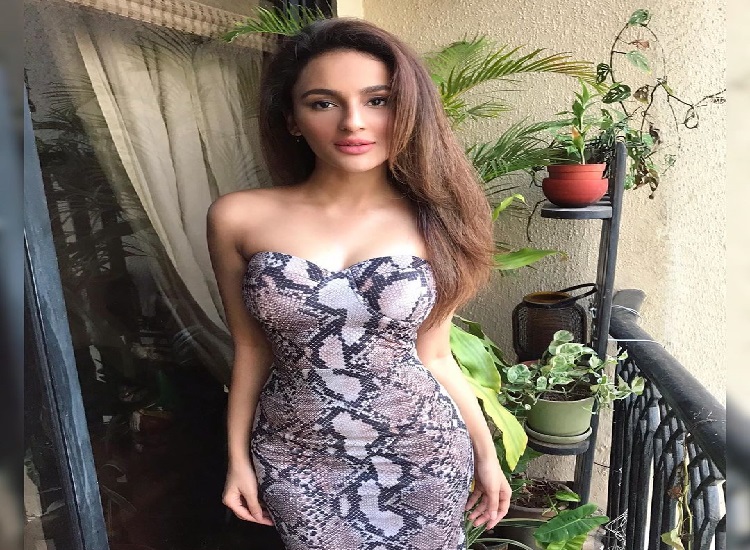 South actress Seerat Kapoor‘s film “Krishna and his Leela” have been receiving a lot of praise for her acting and her portrayal of her character “Ruksar”. The film released on Netflix and made a headline and received huge reviews from the critics.

Being a third leading actress in the film “Krishna and his Leela” the audience wants to see more of “Ruksar” and asking for a second part for the film. Recently, the film also got featured on the OTT platform “Aha”. While promoting the director Ravikant and actress Seerat came live on Zoom chat talking about film.

When the director Ravikant asked about her views about the romantic relationship, Seerat said, “Every time I have fallen in love it feels surreal. I honestly embrace every stage of a relationship, but it’s easier to say that the initial stages are the most fun and exciting stage of the relationship because there’s a mystery involve and we get to know each other, but I enjoy the love in the long term because it embrace both the people in their highs and lows”.

On a work front, Seerat Kapoor is waiting for her another release. “Maa Vintha Gaadha Vinuma”. soon the actress will be update about her upcoming films and releases.

Social Desk - October 9, 2021
Sidharth Shukla was an Indian actor, host and model who appeared in Hindi television and films. He emerged as the winner of reality shows...

Social Desk - January 3, 2020
Shehla Rashid Shora is a left activist and politician, known for advocating so called Tukade Gang. She was vice president of the Jawaharlal Nehru...

Jaitv Feed - January 23, 2021
Former Miss Universe and Bollywood Actress Urvashi Rautela is one of the top actresses who always inspires people and loved by her followers for...

Social Desk - October 3, 2019
Zhou Qunfei is the world’s richest self-made woman, according to Forbes. She is a Chinese billionaire entrepreneur who founded the major touchscreen maker Lens...