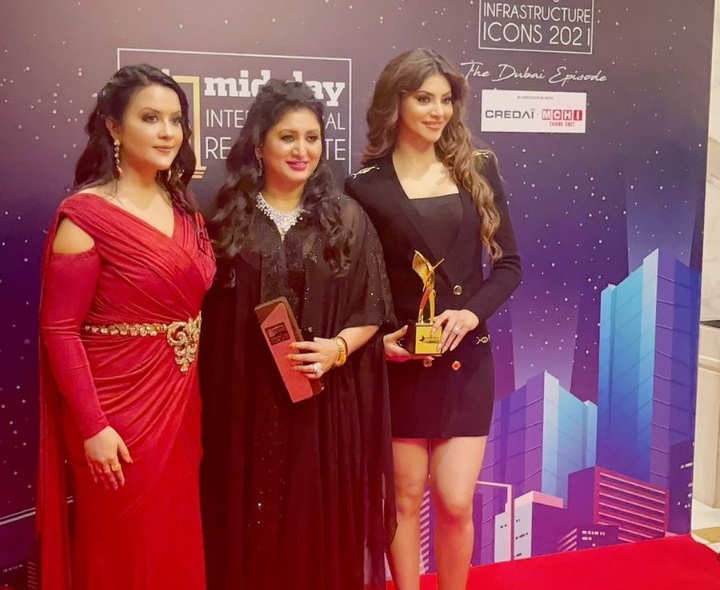 Urvashi Rautela is a complete compilation of hard work and dedication as she is never seen sitting idol but exploring and juggling around one or the other things and surprising her fans with loads of entertaining content.

International star Urvashi Rautela honored with an award for Most Influential Bollywood Actress, and Best Humanitarian Award presentes by Amruta Fadnavis to  Urvashi Rautela Foundation for her dedication to charity work which we have been seen in hard times like the flood and distributing Oxygen Concentrator when in need in Uttarakhand and in Mumbai.

Urvashi Rautela accepted the award and thanked her fans on social media by giving the caption, “Most Influential Bollywood Actress 2021 & Best Humanitarian Award for Urvashi Rautela Foundation my charity work. Truly humbled with the double honour thank you Midday some of my rare international awards”.

Social Desk - January 16, 2020
Shweta Basu Prasad is an Indian film actress. She started her career as a child actress in Hindi films and television series. For her...

Social Desk - August 31, 2020
Riddhima Kapoor Sahni is an Indian fashion designer and entrepreneur. She is a member of the famous Kapoor family of Bollywood, and daughter of...

Jaitv Feed - March 10, 2021
Tollywood actress Seerat Kapoor made her debut in the south with the film ‘Run Raja Run’ in 2014 later she created her glamorous entry...