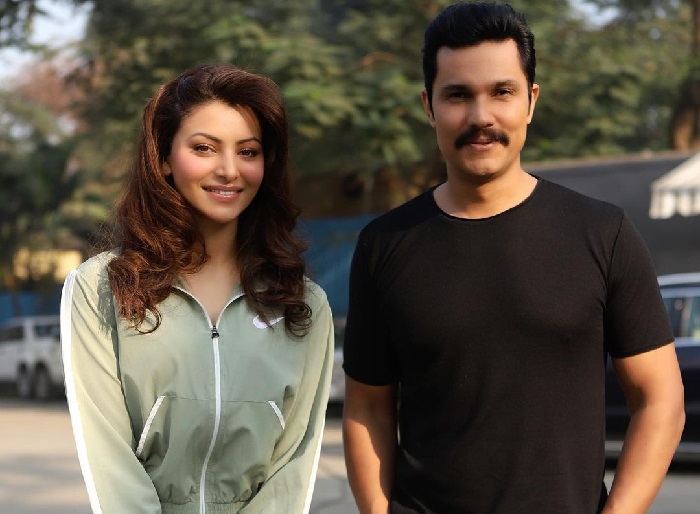 Leading B-Town beauty Urvashi Rautela starts the year with a bang as she has reportedly signed a 3-film deal with billionaire Mukesh Ambani’s Jio Studios. Urvashi who was last seen in the Ajay Lohan starrer ‘Virgin Bahnupriya’, has allegedly been offered a huge amount of money for this project.

Urvashi’s character in the web series is based on the real-life character of Inspector Avinash’s wife. The actress opened up about her character in the series, Urvashi Rautela said, “My character is inspired from a real character. My character’s name is ‘Poonam Mishra’, and I play the wife of Randeep Hooda’s character, the ‘Super Cop’ Avinash Mishra. Biopics are a great challenge for actors—instead of creating a character from nothing, they have to portray a version of a real person on screen. Bringing someone else’s story to life is a big responsibility, but one that also helps a real-life person’s story be told. Here, take a look at 31 actors hanging out with the very real people they portrayed in movies and on television.”

She further added, “To get into the skin of the character, I have been hanging out with Poonam Mishra. I’ve been trying my level best to get as close to her personality and mannerisms as possible. I’m wearing the same kind of bangles and sarees of her liking, basically trying to soak up the character to the best of my ability! I’m truly honoured to be playing her in the series because she, in my eyes, is the epitome of strength and courage. She has been a strong pillar of support to Avinash Mishra. For me, that is a very interesting story to tell. I’ve also met the real Avinash Mishra and talked to the whole family. I spent time with them. It can be melancholy and beautiful at the same time.”

On the work front, Urvashi Rautela was recently seen in a music video titled ‘Woh Chaand Kaha Se Laogi’ opposite television actor Mohsin Khan. Apart from that, she also has another music video titled ‘Teri Load Ve’. In an interview, she admitted that she enjoyed doing music videos. She was last seen in ‘Virgin Bhanupriya’. She will also be seen in ‘Black Rose’, which is said to be a bilingual thriller, and will be released in Hindi and Telugu. The team reportedly shot the project once the lock down curbs were lifted. Recently the first look of Urvashi Rautela’s Hindi remake of a Tamil film “Thiruttu Payale 2” created a huge buzz. The actress will be also seen in an international project opposite Egyptian superstar Mohamed Ramadan, the announcement for the project will be made soon.

Social Desk - March 11, 2020
Poulomi Das is an Indian model and television actress. She started her career as a model. She is best known for portraying the role of...