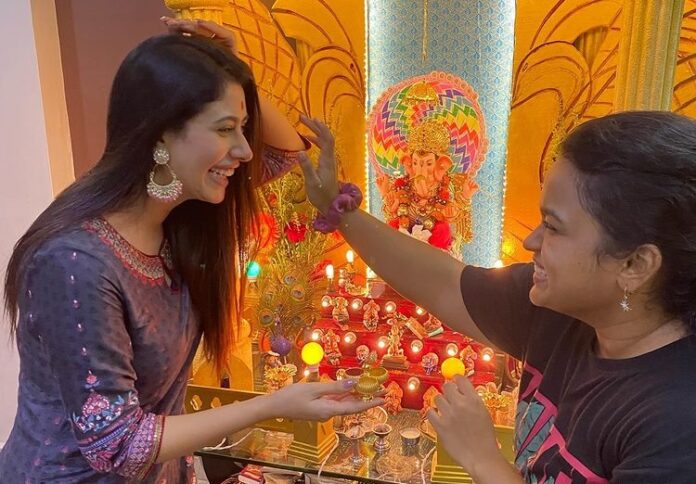 These days, trolling has become a part and parcel of life for celebrities. It is quite common for actors to be targeted by trolls. And this time, actress Warina Hussain was the latest victim of online trolling.

As we began the auspicious holiday of Ganesh Chaturthi and celebrated Lord Ganesha’s return, Warina Hussain was also seen embracing the festive spirits with her loved ones. Warina recently shared a sweet glimpse from her Ganesh Chaturthi celebrations and took to her socials to share some sweet pictures and wished her fans, ” A happy Ganesh Chaturthi”.

On the work front, Warina just wrapped up the shoot of her upcoming comedy film Dil Bill. Apart from that, she is also shooting for one of her upcoming films, about which the official announcement will be done soon.

Social Desk - October 7, 2020
Palki Sharma Upadhyay is an Indian Journalist and News Anchor. Currently she is the executive editor of WION and hosts the prime time news...

Jaitv Feed - July 2, 2021
“Shikara” actress Sadia Khateeb who have won many hearts with her marvelous performance in the role of ‘Shanti Dhar’. The actress hails from Jammu...

Social Desk - April 20, 2013
Rajat Sharma is an Indian Journalist, News Anchor and Editor. He is the Chairman and Editor-in-Chief of India TV. He hosts the very famous...