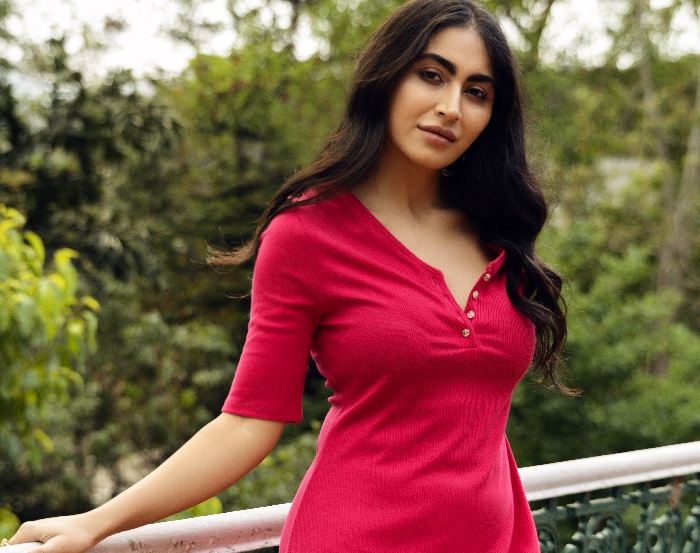 Khatija Iqbal has made a place in the heart of the audience with her performance in ‘Ragini MMS Returns’ and played a pivotal role in ‘Jamai 2.0’ alongside Ravi Dubey and Nia Sharma. The actress hails from the Caribbean Island and has completed joined the essence of the Bollywood industry. Khatija Iqbal has dazzled in a few music videos before and will now be seen in an upcoming music video with Tseries.

While many B-town celebrities are being featured in music videos, Khatija Iqbal’s new music video ‘Yaaron Rab Se Dua Karo’ is releasing soon. The actress seems to be delighted and all excited for her big release, she says, “Shooting for Yaaro Rab Se Dua Karo was adventurous, almost like a movie, many last-minute changes and obstacles were faced during the shoot because of the weather and the sudden lockdown announcement.”

She even opened up about her experience with Tseries, she says “Working with the T-series team was very professional and they ensured a safe shooting environment.  I am very happy to be associated with such a great team like T-series. My director Ashish panda sir & team worked very hard and my co-actor Gaurav and singer Akhil Sachdeva were amazing. We had a lot of fun!”. Khatija Iqbal further added by explaining about the shoot and song, she says, “Yaaro Rab Se Dua Karo is a triangle love story coming up on 29th June, I am super duper excited for this. We shot at a Brilliant location like Mussoorie. it was an adventurous road-trip kind of shoot. Looking forward to many collaborations with T-series further.” Khatija Iqbal looks all excited about her project and hopes to garner a good response.

On the work front, Khatija Iqbal is going to be a part of the famous show ‘Inside Edge Season 3’ on Amazon Prime. The actress will also be seen as a lead debutant in the film which will be releasing this year and the announcements shall be made soon.

Jaitv Feed - September 11, 2021
Romantic genre films have always ruled at the ticket-windows and have kept the cash-box jingling. Even the actors too featuring in it made their...

Jaitv Feed - July 23, 2020
Siddharth Slathia is known as the recreation king of the trend of remixes in Bollywood, and now he is back with a new track....
Facebook Instagram Koo Telegram Twitter
© JaiTV
MORE STORIES