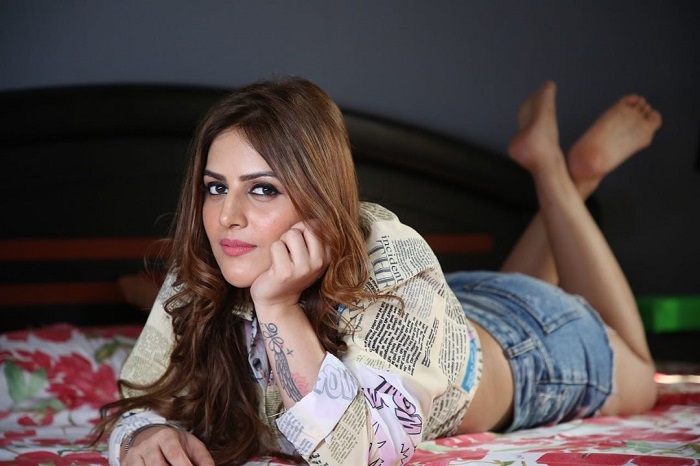 Fitness is extremely important for any actor, and preserving that hourglass body is essential. To stay in the game, Bollywood actresses must adhere to a strict regimen.

Our stunning diva Shivika Diwan, a hardcore Punjabi, feels that going on a crash diet or any other diet is extremely tough for a Punjabi. Punjabis are a big foodie to the core. However, as someone who works in the limelight, the actress believes that it is important to maintain one’s health, and she has shared her fitness mantra. ‘I believe in having a healthy and balanced diet and keeping yourself physically active. I love bodyweight / functional training, dancing, and enjoy yoga as it increases the flexibility and balances your body, mind, and soul.’

Being a hardcore Punjabi and a big-time foodie the actress reveals her secret she says that, Being a Punjabi, I am a big-time foodie and I don’t believe in doing a crash diet or restricting myself to limited food items, I eat everything but in small quantities and I eat a lot of fruits.’

We now understand the entire reason for this exceptional diva’s success and the reason for her fit and healthy body, which has required a lot of hard work

Talking about the work front, Shivika Diwan who has earned a name for herself in the Bhojpuri and Telugu industries with films such as ‘Oo Pe Ku Ha’ in the Telugu industry, made her Bhojpuri debut opposite Pawan Singh in the film ‘Challenge.'” She will also star alongside Yash Kumar in Bhojpuri films such as “Damad Ji Kiraye Par Hai,” “Kahani,” and “Paheli.”

She has appeared in the films ‘Parvarish’ with Ritesh Pandey and ‘Khiladi’ with Khesari Lal Yadav.” Many more projects are in the pipeline for the actress, and they will be unveiled shortly.

Jaitv Feed - July 2, 2021
Actress Giorgia Andriani’s social media is more than entertaining, the actress uploads Instagram reels with the most trending sounds in her own creative way....

Be it Salon look or Pilates Look, Giorgia Andriani knows how to ace outfits...

Jaitv Feed - August 14, 2022
Our B-Town actors and actresses love to maintain a sleek and fit body and Giorgia Andriani is one of the well-known actresses in Tinsel...

Social Desk - October 27, 2014
Sudhir Chaudhary is an Indian Journalist, News Anchor and Editor. He is one of the most popular Hindi TV journalists of India. Currently, he...