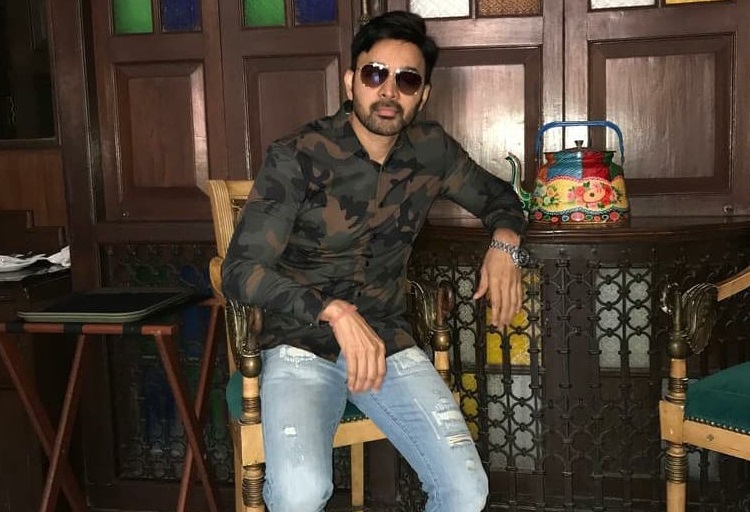 Bollywood is slowly crawling back to work and celebrities are getting eager to report on sets. Movie schedules are being worked out keeping in mind the strict safety restrictions. While Karan Aanand is gearing up for a shooting schedule for his film in Lonavala. Amid Lockdown he has been busy shooting for his film “It’s Over”.

While talking to Karan Aanand he revealed, ”Shooting a film is no less of a challenge, taking all kinds of security precautions during the lockdown. And in such difficult times, I am going to do a web film called ‘It’s Over’, in which I have got a chance to play the lead role. the story is of a film director who gets stuck at one place during the lockdown. After which he has to go through many situations.

Actress Swapna Pati is my opposite. She is a very talented actress. The story of the film revolves around the characters, And in these circumstances, it was quite challenging and difficult to shoot the film. There remains a fear that there may be some kind of negligence, and even a small mistake can be overwhelming.

The film is being shot at a resort in Lonavla. In which a small unit has been made keeping safety with a few selected people. But still, due to some misconception, fear has been formed in the mind and with that fear, I am living my passion for acting. The film is directed and produced by Rajesh Kumar Mohanty.”

The film is still being shot in Lonavala with the permission of the government, ‘It’s Over’ is directed and produced by Rajesh Kumar Mohanty, Karan Aanand and Swapna Pati will be seen in the film.

Social Desk - March 15, 2020
Yogita Bhayana heads People Against Rape in India (PARI), an organisation that seeks to support rape survivors and help them in the fight for...

Jaitv Feed - March 10, 2021
The multitalented actress, Seerat Kapoor has a way of flaunting different types of dresses in the most elegant way, the actress can style a...
Facebook Instagram Koo Telegram Twitter
© JaiTV
MORE STORIES