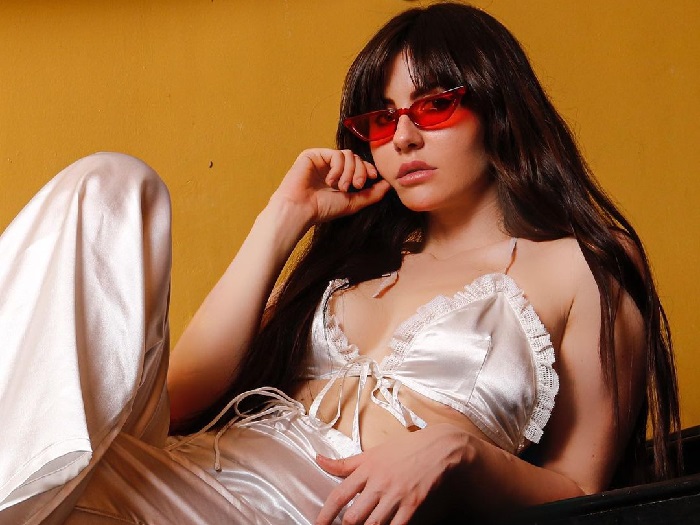 The gorgeous, Giorgia Andriani has learnt quite a few things after entering Bollywood, she not only speaks Hindi fluently but also has a good grip of her accent in Punjabi. Now the actress revealed that she is even learning Marathi. The stunning Giorgia Andriani is known for her entertaining videos and sizzling photos on social media and. The actress was recently seen in the music video “Little Star” alongside Shehbaz Badesha which garnered a good response from the audience.

Giorgia Andriani recently was interacting with her fans through Instagram stories and posted ‘Been a long time…ask away’ to which one of her fans asked her ‘Aapko Marathi bolne aati hai?’ (do you know to speak in Marathi), the actress surprisingly replied back in Marathi saying that she doesn’t know Marathi but she is learning it, the actress left her fans in awe.

Giorgia Andriani seems to be grasping new languages very fast and in no time she will learn Marathi as fluently as she has learnt Hindi and Punjabi. Giorgia Andriani loves to learn and grab the cultural aspects of India and has expressed before how much she loves Bollywood, she even sings Hindi songs really well. The actress has also practised kathak before and learnt it with grace. The quick learner has created a huge fan base for herself on social media as she never fails to engage with them through her posts and stories.

Jaitv Feed - January 23, 2021
Former Miss Universe and Bollywood Actress Urvashi Rautela is one of the top actresses who always inspires people and loved by her followers for...