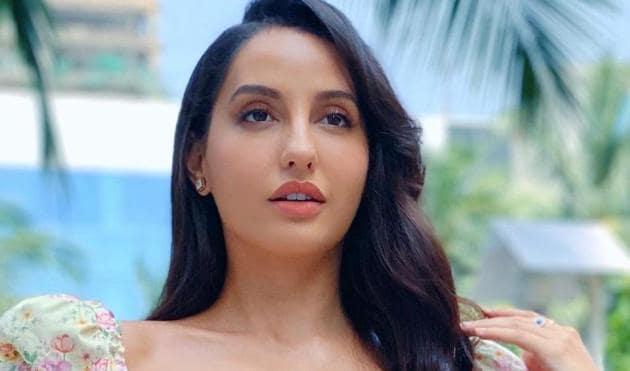 Nora Fatehi’s team has released an official statement on behalf of her and clarified that being a victim, she is co-operating in the investigation.

Reportedly, Nora Fatehi reached ED’s office in Delhi for her interrogation by the central probe agency on Thursday. Now, amid all these, Nora Fatehi’s team has released an official statement on behalf of her and clarified that being a victim, she is co-operating in the investigation.

The statement read, “To whomsoever it may concern. On behalf of Nora Fatehi, we would like to clarify the various conjectures floating around amongst the media. Nora Fatehi has been the victim around the case and being a witness, she is co-operating and helping the officers in the investigation. We would like to make it very clear that she has not been a part of any money laundering activity, she does not know or have any personal connection with the accused and has been called by ED to strictly help with the investigation”.

“We would like to request our fellow friends in the media to refrain from slandering her name and making any statements before any official information is released”, further read the statement by the spokesperson of Nora Fatehi.

Social Desk - April 6, 2020
Tajinder Pal Singh Bagga is an Indian Politician, well known figure in Delhi and popular in Twitter. He is the Spokesperson of Delhi Bhartiya...

Jaitv Feed - September 3, 2022
Urvashi Rautela who is Bollywood and one of the youngest superstar has always amazed the audience with her stellar performance and looks and has...

Social Desk - May 14, 2020
Taapsee Pannu is an Indian film actress and model known for her work in Telugu, Tamil, Malayalam and Hindi films. She made her acting...