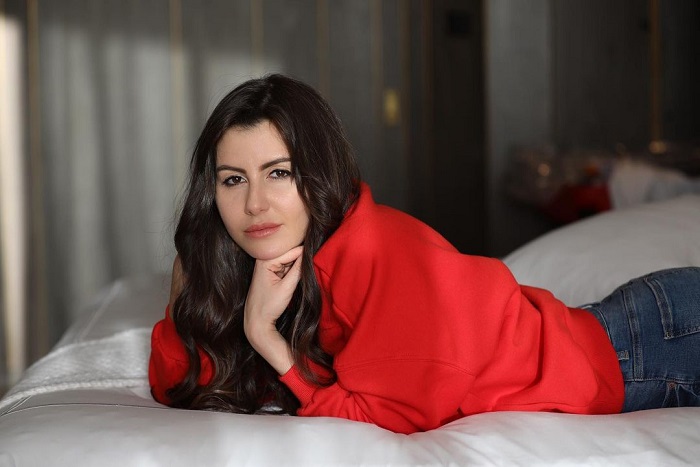 Wishing someone for their upcoming endeavours always turns out to be a boost of motivation. Giorgia Andriani who has set the mark in the minds of the audience for her persona, on her friends latest movie to be released actress Giorgia Andriani shares her heartfelt wishes to the talented actress Shehnaaz Gill for her upcoming movie Honsla Rakh

Shehnaaz Gill is all set to mark her presence in the Punjabi Industry, Actress who is soon debuting from Honsla Rakh along with Diljit Dosanjh and Sonam Bajwa. Giorgia Andriani gave her heartfelt wishes and power to her friend Shehnaaz as she shared a Honsla Rakh poster on her instagram story and wrote it as ‘ Just, can’t wait!, Stars are made to Shine!’ Indeed, Punjabi beauty is a star which shines day by day.

Giorgia Andriani was also there to support the Punjabi actress during her tough times.Though after such a hard time the actress came out with a smile on her face, and happily promoted her movie. Giorgia Andriani is indeed one of the best motivations and inspirations for us, indeed this talented beauty never forgets to praise anyone for their hard work and talent.

On the work front, Giorgia Andriani made her debut in the south with the series “Karoline Kamakshi”. The actress Giorgia Andriani was seen with Mika Singh in his music album recreating the evergreen song “Roop Tera Mastana” which got a huge response from the audience . She will now soon be seen starring in the film “Welcome To Bajrangpur” alongside Shreyas Talpade. Giorgia Andriani has more exciting upcoming projects that she will be announced soon.

Jaitv Feed - March 10, 2021
The multitalented actress, Seerat Kapoor has a way of flaunting different types of dresses in the most elegant way, the actress can style a...

Jaitv Feed - March 10, 2021
The Bollywood Superstar Urvashi Rautela has no looking back as the actress is surprising her fans with back-to-back exciting projects. Urvashi is currently shooting...

Jaitv Feed - March 10, 2021
Tollywood actress Seerat Kapoor made her debut in the south with the film ‘Run Raja Run’ in 2014 later she created her glamorous entry...

Jaitv Feed - July 3, 2020
The coronavirus outbreak in India has had a huge effect on various sectors like oil and gas, automobile, aviation, agriculture, retail, etc. We cannot...