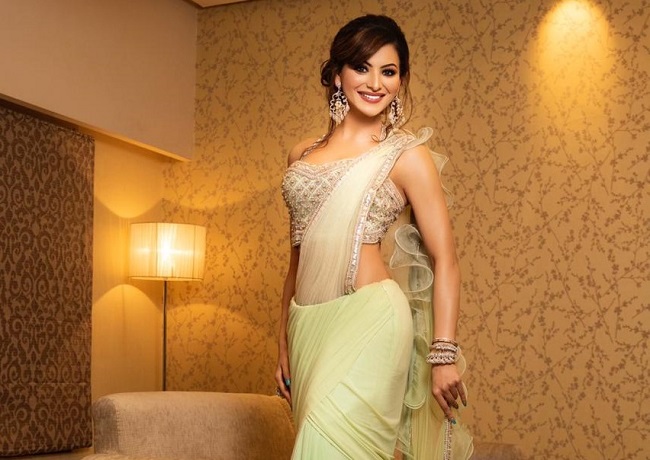 Bollywood’s youngest Superstar Urvashi Rautela has been taking over everyone’s heart with her pictures on social media and at the same time inspiring the audience with her work ethic and dedication. Bollywood’s superstars Aamir Khan and Kiran Rao have announced their divorce, both had already given their statement on it. The couple had completed their 15 years of marriage life. The news of both getting divorced has already put the B-town industry in shock. Many celebrities and well-known face have given their opinion on it.

Recently when Urvashi Rautela was asked to give her opinion on this issue she replied that she won’t be commenting anything on this as this matter belongs to their personal life and she doesn’t want to interrupt anyone’s privacy which clearly shows that she respects their decisions and wish them the best for their lives. After the news of Aamir Khan and Kiran Rao’s divorce, this topic has become an internet sensation and getting huge response from the audience. Meanwhile, Urvashi Rautela‘s reply on the Aamir Khan divorce is winning the internet. Everyone likes the way Urvashi respected their personal life and didn’t pass any comment on this.

“While watching my performance on the big screen, my parents were teary-eyed,” says Rakshabandhan...

Jaitv Feed - August 14, 2022
Sahil Mehta has been earning a lot of love and praise for his role in the movie "Raksha Bandhan," which he acted superbly, following...

Jaitv Feed - November 21, 2021
Fitness is extremely important for any actor, and preserving that hourglass body is essential. To stay in the game, Bollywood actresses must adhere to a...
Facebook Instagram Koo Telegram Twitter
© JaiTV
MORE STORIES