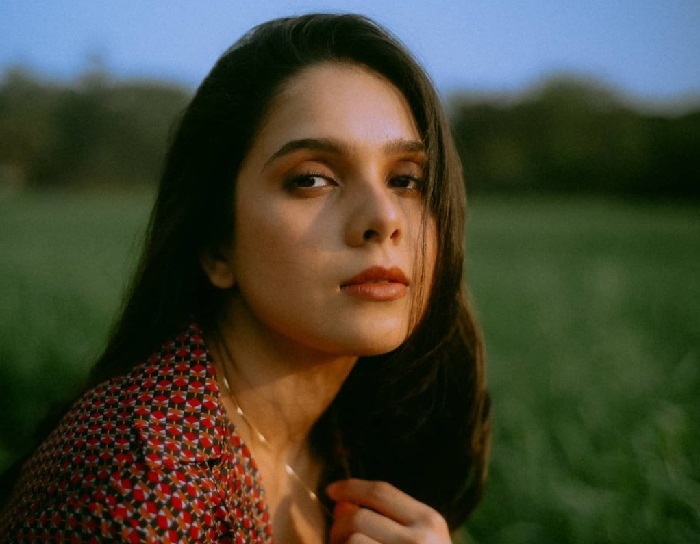 The young and talented Rashmi Agdekar talks about her playing a teenager’s role in the majority of her characters and her resemblance to their personalities. The actress started her acting career in 2017, in the web series “Dev DD” and played the lead role in the MX player web series “I’mMature” which was critically acclaimed. She was seen in the web series “Rasbhari” alongside Swara Bhaskar on Amazon Prime. She also made her debut in Bollywood with the film “Andhadhun” alongside Ayushmann Khurrana.

Rashmi Agdekar is mostly seen on screen playing the role of a teenager as she looks too young for her age which is a boon for a few people. The actress has acquitted herself in every performance, leaving her audience believing that she is actually a teenager.

As Rashmi Agdekar is not a teenager in real life, she opens up about the difference between her and her character’s personalities, she says, “the roles I played are far more happening than me. I was not this cool as a teenager for sure!”.

Having been asked to name her favourite character from the teen roles she has played, she replied, “I cannot pick one, they all are dear to me. But I would say Priyanka’s role made me see a different side of teenage life in our small towns.” Despite being originally Maharashtrian, Rashmi Agdekar managed to portray a small-town girl from Meerut with ease in the web series ‘Rasbhari’ alongside Swara Bhaskar. She even had a dialect coach for learning the accent.

It seems as though the actress has gained a great deal of recognition and the public is looking forward to seeing more of her. On the work front, Rashmi Agdekar will be soon announcing her exciting upcoming projects.

Giorgia Andriani Is A Pataka In This Black Mini Bodycon Dress; Her Sexy Curves...

Jaitv Feed - January 17, 2022
Actress Giorgia Andriani has left no stone unturned when it comes to perfecting black outfits. Giorgia looks like a complete diva as she carries...

Jaitv Feed - March 10, 2021
The Bollywood Superstar Urvashi Rautela has no looking back as the actress is surprising her fans with back-to-back exciting projects. Urvashi is currently shooting...

Jaitv Feed - July 2, 2021
Giorgia Andriani has made it a point to shine on social media with her enthralling reel videos and hot photos. The actress is known...

E Desk - October 16, 2021
When she came to Mumbai from hometown Delhi, little did Kriti Sanon know that she would land a lead role opposite Tiger Shroff in...