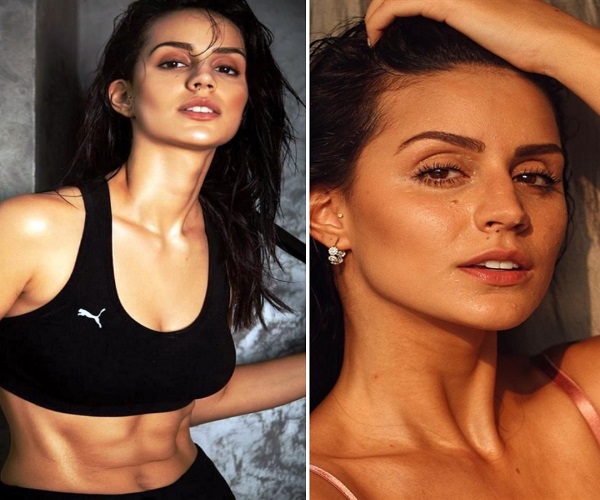 Brazilian model-turned-actress Larissa Bonesi is known for her exotic beauty and drool-worthy physique. The starlet always manages to strike a chord with netizens through her relatable captions and alluring posts on social media.

Recently, Larissa shared an exclusive BTS video on Instagram with the caption, “Coming soon .. #BTS”, hinting that she is currently working on something. In the video, Larissa is seen posing for the camera in a beige blazer dress, and a black leather belt, teamed with a pair of black knee-high boots. She was also seen wearing neutral makeup with her hair down in loose waves. Check out her post below-

Apart from her desirable posts, Larissa is also known for flaunting her insanely toned body in her inspiring workout videos. In one of her recent videos, she was seen doing squats in a sports bra and a pair of shorts, giving us a sneak peek of her washboard abs. Check out her video below-

On the work front, Larissa who is a household name in the South industry, is known for her work in hit films like ‘Next Enti?’, ‘Rocket Raja’, and ‘Thikka’. Larissa has also featured alongside Salman Khan in a large-scale project and in music videos like ‘Surma Surma’ with Guru Randhawa, and ‘Are U Coming’ opposite Tiger Shroff. She is currently working on several projects, the announcement of which she will make soon.

How to influence people and make friends

Karan Aanand says, media and celebrities can grow together

Pranati Rai Prakash says women’s has many forms and every day...