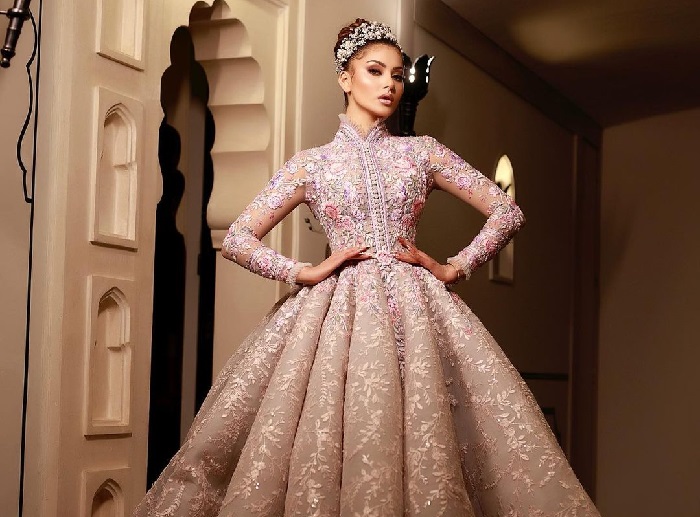 Bollywood’s youngest superstar Urvashi Rautela has a huge fan following of 41.5 million and rapidly growing. Urvashi making name Internationally with the song “Versace Baby” opposite Egyptian superstar Mohamed Ramadan has gained her fans Internationally. Urvashi Rautela is a complete compilation of Hard work and dedication as she is never seen idol but exploring one or the other thing.

The actress Urvashi Rautela Each passing day has an increasing number of followers, she is winning hearts with her stunning photos and entertaining videos. We are definitely sure her fan following will grow more as she never fails to impress her fans and involves her fans by asking interactive questions. The actress has almost overtaken most of the Bollywood celebrities on the basis of the Instagram following, like Hrithik Roshan, Samantha Prabhu, Pareeniti Chopra, Janhvi Kapoor, and many other celebs.

As Urvashi Rautela paving her way in the International entertainment industry the actress has also left behind the most followed footballer Neymar’s girlfriend Bruna Marquezine in the Instagram followers.

On the work front, Urvashi Rautela will be soon seen in the Jio studios web series ‘Inspector Avinash’ opposite Randeep Hooda in a lead role. The actress is going to play the lead role in a bilingual thriller “Black Rose” along with the Hindi remake of “Thiruttu Payale 2”. Urvashi recently got a blockbuster response for her song “Doob Gaye” opposite Guru Randhawa and “Versace Baby” opposite Mohamed Ramadan. Urvashi Rautela will be making a Tamil debut with the 200 crores big-budget film “The Legend” opposite Saravana. The actress has also signed a three-film contract with Jio Studios and T-Series.

Social Desk - May 24, 2020
Shraddha Kapoor is an Indian actress and singer who works in Hindi films. She is an evergreen star who achieved huge fame in a...