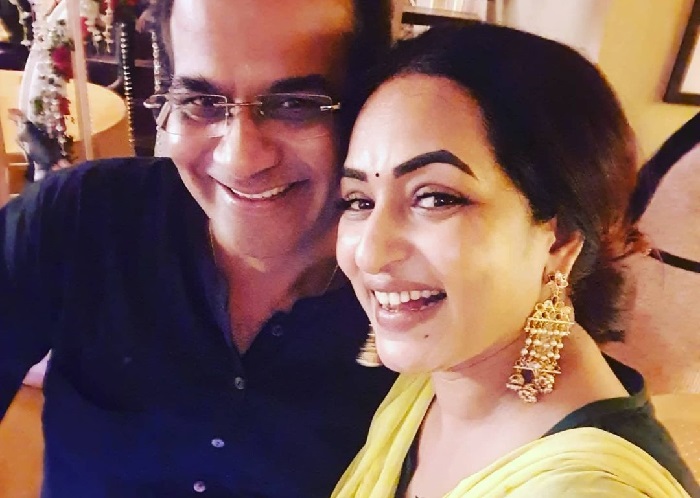 Sangeeta Kapure is well known for her role as “Nidhi Rajvansh” aka “Nidhi Mami” from `Ye Rishte hai Pyaar ke’; she has a daily affair with her fans through the  television screens. Her character in the serial is much applauded by the audience and her popularity amongst the folks is at peak. Being a ray of sunshine, she often lights up everyone’s mood through her adorable Instagram post. The actress is currently seen in the daily soap “Apna Time Bhi Aayega”.

Sangeeta Kapure who gained lots of appreciation for her character in “Yeh Rishte Hain Pyaar Ke ” is now seen playing one of the negative characters of Vijaya Singh. The news of the serial going off air has broken the hearts of the viewers. The fans showered their love and sorrows over the show, Sangeeta Kapure also expressed her grief, the actress said, I had fun working for “Apna Time Bhi Aayega”the character demanded for something that  I had never done before,although playing Vijaya Singh portrayed me into a negative character, still my fans greeted me with love and appreciation, which really gave me a boost to play my character with more confidence.

She further added, “I had a gala working along with my co-stars, Farmaan Khan, Megha Ray , they really supported me to do a better job. Especially my director Dharam Sharma, he helped me with a proper Rajasthani accent and made sure of my pronunciations over my Rajasthani dialogue delivery.  I will truly miss the entire caste and crew of Apna Time bhi Aayega, and wish to work with them once again in future.

Actress Giorgia Andriani looks a complete Diva as she was spotted at the airport...

Jaitv Feed - October 2, 2021
Giorgia Andriani who has always been known for her outstanding persona has always put all her fans to awe because of her killer looks...

Social Desk - May 5, 2015
Subramanian Swamy is an Indian Politician and economist, who serves as a Member of Parliament in Rajya Sabha. He is also known as one...

Jaitv Feed - November 6, 2021
Shivika Diwan is all set to pave her way in the industry with her outstanding acting and persona. The actress who is a bundle...
Facebook Instagram Koo Telegram Twitter
© JaiTV
MORE STORIES