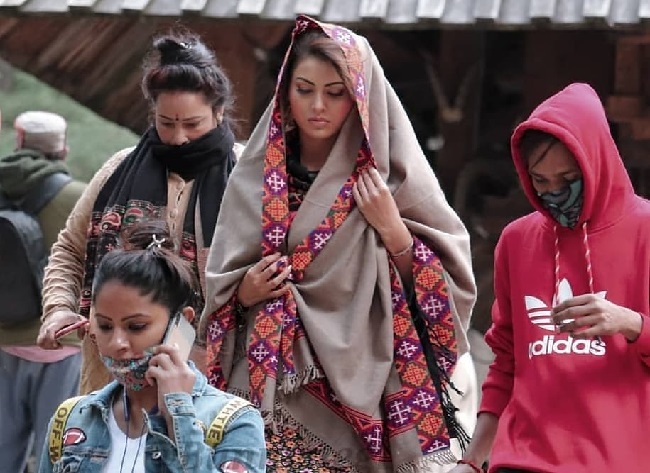 The Bollywood beauty, Urvashi Rautela, has conquered the hearts of the whole country with her gorgeous presence and superb grasp of acting. Not only has she given the audience bang on performances, but also has done so in utter style and grace. Her sense of style has been the talk of the town ever since her pageantry days, and every now and then, the actress shocks our fashion knowledge, changing the trends for good. No wonder we call her the fashion queen of the B town!

Urvashi Rautela is currently in Manali shooting for her upcoming project, although she has not revealed the name of the film she is working on but some still and the pictures from the set have circulated on social media. The actress Urvashi Rautela is also sharing a glimpse on her story and interacting with the local people there.

“While watching my performance on the big screen, my parents were teary-eyed,” says Rakshabandhan actor Sahil Mehta

Urvashi Rautela Net Worth is $30 Million, more than Rishabh Pant’s Net Worth till August 2022

Jaitv Feed - June 17, 2021
The stunning Giorgia Andriani is a skilled dancer and, has always impressed the audience with her graceful moves. The actress shared a throwback video...

Jaitv Feed - March 30, 2021
Larissa Bonesi, the supermodel and Bollywood's newest actress made her debut with the film "Go Goa Gone". The actress also got to do some...
Facebook Instagram Telegram Twitter
© JaiTV
MORE STORIES