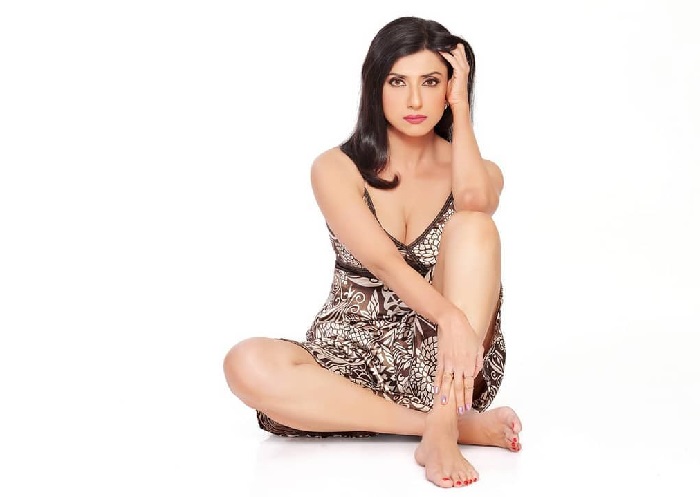 Jyoti Saxena was recently seen in the hit song “Khoya Hun Main” and paved her way in the south industry from which the actress received an amount of love and appreciation from the audience. The actress Jyoti Saxena is also a trained classical dancer with an expertise in ‘Jaipur Gharana’.

Jyoti Saxena has always dreamed of being an actress since she was a child and has always desired to work with the prominent directors and actors of the Bollywood and Tollywood Industry. No doubt Jyoti Saxena is a huge film junky and watches all the movies of Bollywood. Recently the film of Kangana Ranaut “Thalaivii” was released which is making a huge buzz because of her real performance.

Talking about the film Jyoti Saxena said, “I recently watched the Thalaivii film and it was wonderful to watch such a prominent actor painting down the character of Jayalalithaa’s character with such ease and perfectly, The film takes you to the different Era, the detail work to show a different time has to be appreciated. It felt real and inspiring for an actor like me to portray such an inspiring and strong character. The film itself empowers you. The film Thalaivi depicts true women empowerment. I am Looking forward to work In the south film industry and to portray such strong characters like this would be like a dream come true.”

Tech Desk - July 12, 2017
Due to the recent tensions between India and China on the borders of the countries, many Indian citizens have decided to have a complete...

Social Desk - February 7, 2013
Smriti Irani is an Indian politician, former TV actress and producer. She is a member of Lok Sabha. She is serving in the cabinet...

Jaitv Feed - July 23, 2020
Bollywood is slowly crawling back to work and celebrities are getting eager to report on sets. Movie schedules are being worked out keeping in...

Jaitv Feed - September 11, 2021
Romantic genre films have always ruled at the ticket-windows and have kept the cash-box jingling. Even the actors too featuring in it made their...
Facebook Instagram Koo Telegram Twitter
© JaiTV
MORE STORIES